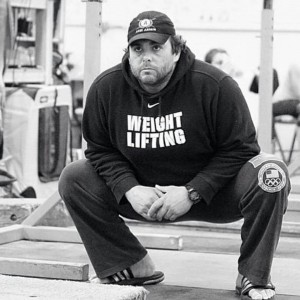 This is a series in which we will attempt to collect, reflect on, and make sense of the great information given to us by the growing number of coaches and athletes we have interviewed on the podcast. You can see the rest of the series here

Before we dig into exactly what I learned, a quick bio for Sean would be a good introduction for people who may not have heard of him. Sean has been coaching for over 25 years, producing multiple national champions, international-level lifters, and American record holders. He has also worked with a wide range of other sports, to aid in the athlete’s development of strength and power. He is a force in the weightlifting world and a household name for weightlifters and coaches alike. Now let us get into the lessons learned from Sean!

Sean spoke with Yasha Kahn about Tatiana Kashirina’s (Russian, +87 kg) training a while back and was told, through an answer from her coach, that she does not miss lifts in training. This had a profound impact on Sean. He concluded that the reason she does not miss in competition is that she is not drilling misses in daily training. He goes on to say, “she doesn’t know anything else”.  Making lifts is a skill and should be treated as such, not diluted by poorly performed reps and countless misses. This does not mean that Sean always prescribes workouts light enough to ensure zero misses, it’s just a standard he and his team tries to uphold.

“I think some athletes need to feel failure, a little bit, to make them more hungry.”

Training sets you up for success in competition and a lack of attention to the quality can lead to potential failures, so make practice perfect, or damn near it.

2 – Coaches Need to be Athletes

This is an especially important point for coaches. It is a necessity to know what it is like to train, and train damn hard. Sean’s time with Bob Takano, competing for the Phat Elvis weightlifting team, created a toughness within Sean that he very much appreciates. This helped him understand exactly what his athletes are going through, in training, competition, and throughout their development. Coaches who have developed this toughness can empathize with their athletes and communicate the necessary changes, or lack thereof, to lead to the desired outcomes.

“If you don’t have those experiences and those memories you can’t guide somebody else through that.”

When we think of training or programming often times the image we create is too general, focusing on weight, exercises, and progressions. We need to, at least initially, think about training at a deeper level, which Sean says is the professional way to go about discussing the sport. This means we have discussions of training stress, manipulating the athlete’s homeostasis, and creating specific adaptations. Knowing the desired adaptations then leads to appropriate exercise selection, determining repetition ranges, and what the progressions need to be from week to week. For example, if you are looking to first increase the muscularity of the athlete to impact force production later on, then higher volumes and lower relative weights will accomplish that end. The program is decided based on the desired adaptations, not the other way around.

“Coaching, developing biological organisms is about manipulating stress… It’s not about reps and sets. It’s a bigger thing.”

4 – The Qualities Developed in Training Should be Revisited

During the long-term training of a weightlifter there are fitness qualities which are emphasized and need to be developed. These qualities include: increasing an athlete’s work capacity (ability to tolerate training volume), building lean mass, improvements in force production, etc. Classically, this would be accomplished in a sequential manner. Sean makes the point that these qualities must be revisited and stimulated, so degradation can be minimized. He gives the recommendation of revisiting higher-intensity training every “30-45 days” and “aside from the initial conditioning, gpp, every… 30-45 to 50 days, re-establishing gpp”. This approach to training is critical for drug-free athletes.

“How do you provide that stimulus without drugs? We have to look at the timing, the residual effect of training. So you have a particular stress that you provide for the athlete in a unidirectional fashion, like a strength stimulus. What’s the window before that’s gone and how do you take advantage of that?”

5 – Athletes Need to Know the Most Difficult Part of Coaching

When coaches deal with training they are able to manipulate volumes, intensities, exercises, frequencies, and so on, to bring about the desired adaptations. This of course can be in vain if the athlete does not act like an athlete outside of the gym. Diet, sleep, stress management, this really all comes down to the athlete and their attitude towards their goals. If they align, it makes the coach’s job that much easier. If their actions and goals do not align, well, it puts the coach in a very tough situation. Athletes reading this, do your coach a favor and take all aspects of your performance seriously. Coaches, communicate with your athletes the importance of the other ~22 hours, those spent outside of training.

“The hardest thing as a coach is controlling the variables outside of training. That is the stuff that drives you crazy, because you aren’t there to control it.”

There we have it. These are the Five Lessons I learned (or were reminded of) from Sean Waxman. He is a legend in the sport and it is always an honor to discuss the art and science of coaching with him. I hope all of you reading this could take something away from it to positively impact how you or your athletes perform in and outside of the gym.

Ilya Ilyin on Drugs in Sports, and the Corruption of the IWF

Not long before Ilya Ilyin announced his retirement from the sport of weightlifting due to the complications of Olympic qualification brought on...
Read more
News

The late Glenn Pendlay played a key role in the development of Weightlifting House, specifically with the growth of and interest shown...
Read more
News

Eric Helms came onto the Weightlifting House podcast in December 2019 to talk about hypertrophy training and periodisation as it pertains to...
Read more
Articles

Ilya Ilyin is arguably the most famous weightlifter of all-time. As much as his two Olympic gold medals and his unbeaten track...
Read more
News

WL News | Lu Xiaojun’s Ticket To Tokyo, & A Change To The Third Period

The weightlifting news from this week (March 5th - 11th) includes: The cancellation of three out of five continental...
Read more