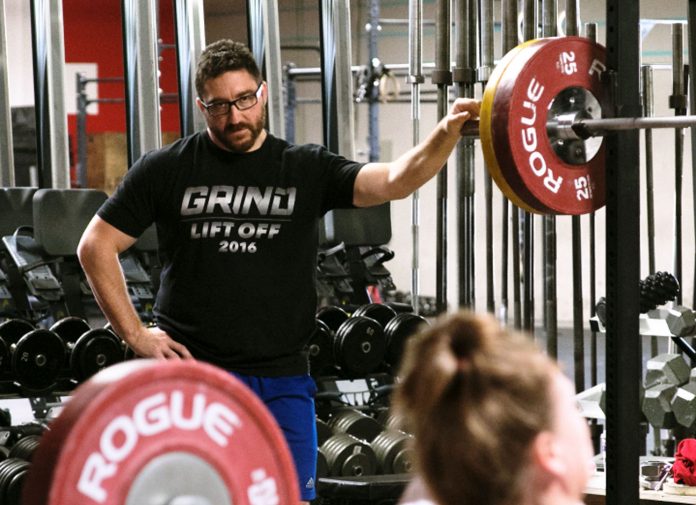 This is a series in which we will attempt to collect, reflect on, and make sense of the great information given to us by the growing number of coaches and athletes we have interviewed on the podcast. You can see the rest of the series here﻿

We have been able to speak with Max on the podcast twice now (both episodes are at the bottom of this article) and I am sure we will have him on a few more times in the near future. This means a two-part series for the Five Things learned from our interviews with him. Part one will cover Seb’s discussion with him and part two will cover the interview all three of us recorded. There were a ton of great questions answered, insights , and banter back and forth.

Before we get into the meat and potatoes of the article I think it would be useful to give a bio for Max, who is one of the most well-known coaches in USA Weightlifting.

Initially Max began training under Steve Gough of Team Montana. Max first came onto the scene in northern California, training under Ivan Abadjiev alongside Dave Spitz, Martin Pashov, and eventually after the Bulgarians moved gyms, Glenn Pendlay. This did not last long, as he injured his wrist to the point of not being able to train and compete in the sport. After his injury, he transitioned to competing in powerlifting. He is now coaching athletes from both sports, at all levels of ability from novice to those on international teams. He works with Chad Wesley Smith at Juggernaut Training Systems, runs his own gym (Max’s gym), and cranks out an incredible amount of useful content.

Since Max provided us with so much content it only makes sense to condense it down for the readers. Here are the five takeaways from our first interview with him.

1 – It’s About Being the Best Weightlifter

Competing isn’t all about hitting huge numbers, breaking PRs, and putting on a show. First and foremost, competing is about winning, making consistent reliable progress, and development of the athlete. Now would hitting a PR, making huge total, and putting on a show for the audience be great? That’s a question which doesn’t need answering because those should be secondary to the primary goal of being the best weightlifter. Making lifts is often what leads to this end, not huge jumps, taking attempts which aren’t there, and throwing strategy out of the window. Go six for six. Make incremental progress. That is . That is how you win in the long run.

“Why don’t you focus on making a little bit of progress and having success and really, really the idea of being successful in competition?”

2 – Programming can be Explained in Principles

All programs can be categorized by their utilization of particular principles: specificity, variation, fatigue management, phase potentiation, individual differences, stimulus, recovery, and adaptation (SRA), and overload. An example Max gave to describe the implementation of these principles is the Bulgarian System. Ivan did a great job of creating a system with sufficient overload and specificity, but did a poor job of fatigue management, variation, individual differences, and phase potentiation. This is due to the system being focused on maxing out the competition lifts, without a focus on reducing fatigue, introducing variety, adjusting the plan to the individual, or sequencing different phases to end with a major peak. Although this may seem like a unique example, as was said previously, all programs can be broken into their utilization of these principles.

3 – Having a Big Squat Does Not Equal Big Lifts

This sport is much more complex than just getting a stronger squat and seeing a subsequent increase in your total. Without getting too technical, weightlifting requires a certain amount of maximal strength, explosive strength, and inter-muscular coordination, technique/positioning… Basically, it takes a complete approach to become a complete athlete. This is highlighted more and more as you climb the ranks and start to progress through the sport. Positions should not be sacrificed for weight, in any movement.

“First, execution of all lifts should be the same… Strive to have excellent technique in anything you do.”

Also, the strength developed should be necessary. If you cannot hold positions in the pull due to a weakness would it make sense to keep pushing the squat in absence of any specific pull work? Development and of strength are specific to each person. Stronger is not always better.

“My best front squat when I was weightlifting was 250 and I could clean and jerk 170. It just doesn’t mean anything. It doesn’t matter at that level… I was just not a good weightlifter.”

Following on from that last point, it is incredibly important to know your weaknesses and how to mitigate them. That does not mean it will no longer be your limiting factor, but it will be less of a limiting factor. If an athlete’s overhead position is weak it would ly pay dividends to build the push press (jerk/snatch grip), strict press (jerk/snatch grip), bench press, jerk recoveries, etc. Once the weakness is found, figure out how to remediate it through exercise selection. With that being said, don’t forget about your strengths! Weightlifting is a sport about ratios. Some people must have a bigger squat than others to lift PR weights. The squat shouldn’t then be ignored because it is already developed enough. It must be maintained or incrementally increased to keep pushing up the total (within reason).

“She still needed to maximize her leg strength, because that’s her strength. That’s where she’s strong… But you need to compliment that by developing the weakness.”

5 – The Two Considerations for Technique Development

When we consider technical development there are really two areas to target: execution of the lifts and general qualities of the muscles/tissues.

The execution of the lift relies on proper timing, positioning, and rhythm. If the timing is off then there is an error in execution. That error can be addressed through re-conceptualizing the movement and using variations of the lift to address the issue (i.e. snatch deadlifts to the hip to reinforce staying over the bar longer).

On the other side of things, we have the general qualities, the strength/size of the tissues, and their coordinated use. If you cannot stay over the bar because your back is too weak, you will have to focus on building the strength of the muscles, the general qualities. This can be achieved through heavy pulls, deadlifts, and other direct back work. As soon as those lagging points are neglected you will start to revert back to your lesser technique.

“It doesn’t matter… how many posts of a lion you put on Instagram that says, “Just believe in yourself”. If your back isn’t strong enough you’re not going to stay over the bar no matter how much you think about it or try to do it, because physically the muscle just is not going to do that.”

Max Aita is a wealth of knowledge and it was quite a challenge picking these five points because there was an incredible amount of useful information contained in that one conversation. This article covered programming, technique, misconceptions in weightlifting, and more! Luckily this is part one, meaning part two will be released soon and go over the information I could not include in this post. Thanks again to Max Aita for coming on the show giving us all insight into the approach of one of the best coaches in the USA. Until next time!

Ilya Ilyin is arguably the most famous weightlifter of all-time. As much as his two Olympic gold medals and his unbeaten track...
Read more
Articles

Does Success in Coaching Attract a Particular Personality Type?

Have you ever wondered any of the following? Is there a certain personality type that is attracted to coaching...
Read more
Articles

The inclusion of transgender athletes in sport is a difficult topic to understand and prescribe rules for, not least in a sport...
Read more
Articles

A record number of 50,514 weightlifting fans voted for the 2019 IWF World Weightlifter of the Year. It is certainly reassuring to...
Read more
Articles

The 6th International Solidarity Weightlifting Championships is a qualification event for the 2020 Tokyo Olympic Games. This competition is a silver tier...
Read more