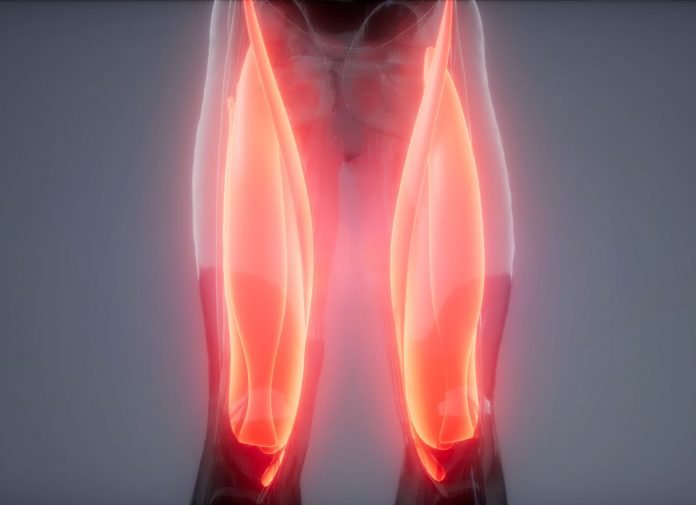 A study recently published (2019) in PLOS ONE, conducted by Serrano et al, examined the muscle phenotype of twenty-one World/Olympic and National-caliber weightlifters. The researchers aimed to establish an understanding of the type profiles of elite strength/power athletes. The influence of muscle fiber types on athletic performance is well known, but data profiling elite athletes, especially of the strength/power variety, is scarce. They used two techniques to measure the type distribution and muscle composition. Results were then assessed and discussed within a larger context of training and recovery to maximize performance.

A quick and dirty explanation of muscle and their types would serve us well. Muscle were first distinguished as “red” and “white” by Italian physician Stefano Lorenzini in 1678. They were later confirmed as two differentiated in vertebrae skeletal muscle by French histologist Louis-Antoine Ranvier. With subsequent advancements in technology, muscle could be delineated and identified by their myosin heavy chain content. Myosin is the most essential part of contractile machinery in muscle (figure 1) and exists in multiple isoforms, which contribute to the functional differences in muscle (Pette & Staron, 2000).

Three fiber types exist, each one expressing a single isoform (MHC l, lla, llx) and several hybrids, expressing a combination of isoforms. This creates a continuum of speeds, from slow to fast, with each fiber type displaying different metabolic, morphologic, and contractile properties. The relative quantity of each fiber type in a given muscle is often highly correlated with performance.

The sample for this study included six World/Olympic-caliber females, nine national-calibre females, and six national-calibre men. The athletes were considered “World-caliber” if they had competed on the most recent Olympic or World team and at the most recent national event. Athletes were considered National-caliber if they had competed at the 2017 American Open Finals and placed top five but were never on an Olympic or World team. Participants held over twenty-five national records and had earned more than 170 national/international medals at the time of the study. The table below gives descriptive information of the athletes, including age, body mass, years competing, snatch relative 1RM, and clean and jerk relative 1RM. Relative 1RM here refers to the lift divided by the athlete’s body mass

A muscle biopsy of the vastus lateralis (quadricep muscle) was completed, the tissue samples were gathered, and two distinct fiber type techniques were used to differentiate the fibers: homogenate composition and single fiber distribution. For single fiber, individual fibers were mechanically separated under a light microscope. This approach is the most accurate for calculating fiber type % in a muscle sample. For homogenate, the samples were hand homogenized and diluted. This approach allows the researcher to quantify the percent area occupied by each fiber type.

“Thus, SF indicates how frequently each isoform exists but cannot address how much area each FT occupies within the muscle. HG addresses the latter, but cannot delineate hybrids, therefore inaccurately quantifying FT%.” (p 4)

The method showed that type % for all lifters combined was 23 ± 9% MHC I, 5 ± 3% MHC I/IIa, 67 ± 13% MHC IIa, and 6 ± 10% MHC IIa/IIx. No MHC llx or l/lla/llx fibers were identified using this method. There was no significant differences between groups, besides the world-caliber female having 8% (absolute) less MHC l than National-caliber females and National-caliber males. Most of the MHC lla/llx fibers (91%) were contributed from the five heavyweight and super heavyweight participants . The other method of analysis, homogenate, gave slightly different results, when all lifters were pooled together, 31 ± 9% MHC I, 67 ± 9% MHC IIa, and 3 ± 6% MHC IIx. A drawback for homogenate and what led to inconsistent results is that the technique cannot delineate hybrids. There was a significant difference between single fiber and homogenate for MHC l and MHC llx fibers, but not MHC lla. Homogenate overestimated l and llx fibers for two reasons, non-differentiated MHC l/lla fibers (5%) and an inability to account for MHC lla/llx.

How should these results shape our training? Well, it really should not. The authors concluded that fiber type % is more influenced by years competing/training and athlete caliber rather than sex, seeing as there was no difference between male and females when looking at number of fast-twitch muscle fibers. The training that produces great weightlifters tends to also produce a particular muscle phenotype, at least in the quadriceps. Body mass also influences distribution of fiber types within a muscle, showing variations in the number of MHC lla/llx fibers between bodyweight categories, expressing a correlation supported by other research. I guess where we go from here is back to the lab. More participants and more biopsies would help us understand the differences between sports and fiber type %, teasing out the influences of training styles and, subsequently, varied adaptations.

This is another, perhaps overdue, installment in the Five Things I Learned series. Once again the article is highlighting insightful, thought-provoking information...
Read more
Articles

This is a game-changer. I don’t want to overhype the change in my technical approach, but it has really done wonders for...
Read more
Articles

The Secrets of Chinese Weightlifting – Pt. 1

There was another phenomenal video posted by Shenzhen Weightlifting on Youtube discussing a few of the training secrets Chinese coaches use to...
Read more
Articles

RPE for Weightlifting: What, Why, and Common Criticisms

*Before we dive into this topic I would like to extend my gratitude to Mike Tuchscherer. Without his influence this article would...
Read more
Articles

How Chinese Weightlifters Are Selected

This video posted by Shenzhen Weightlifting gives some insight into how youth weightlifters are selected in the Chinese system:
Read more