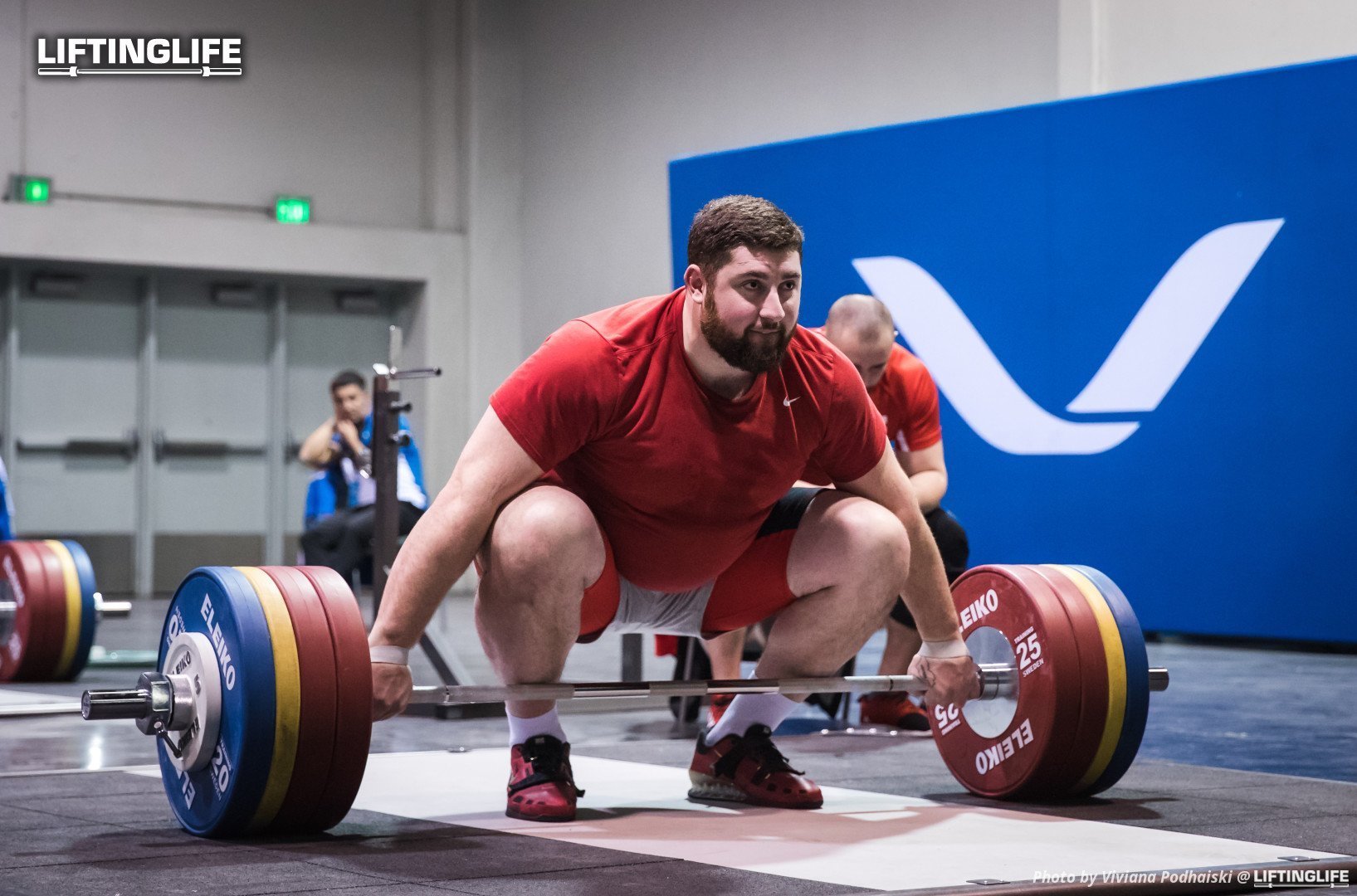 With the 2019 European Weightlifting Championships right around the corner, it is about time we started talking about some of the biggest names in the sport, as well as what we can expect to see from them as they continue along their individual Olympic journeys.

As was mentioned in this article entitled ‘The Two Types of Athletes we will See at the 2019 Continental Championships’, the month of April is going to separate athletes into two groups for the first time ever. The new qualification system will separate athletes by their preparation during this six month qualifying period.

The first group includes those who have already competed and have little to lose in attempting enormous lifts. World records are likely to come from this group.

The second group includes those who are yet to compete during this six month qualification period. These athletes MUST total at the Europeans. Failure to do so will result in an inability to qualify for the Olympic games.

So who are the athletes that are in a do or die position and who are those that will be making riskier attempts in a bid to further their already solid Tokyo Olympics standings?

There is no athlete more exciting to watch in this day and age than Lasha Talakhadze. Not only does the 166 kg Georgian mammoth have the highest Sinclair of any living international competitor (477.5 from a 220 kg snatch and a 257 kg clean and jerk), but he is also the only living competitor doing things that no other human has ever done. As impressive as athletes like Sohrab Moradi, Shi Zhiyong, and Arley Mendez are, everything that they have hit in competition has at one time or another been hit by someone at a lighter bodyweight. The only person to whom this does not count is Lasha Talakhadze, the holder of the heaviest snatch and total of all time, a 220 kg snatch and a 477 kg total.

Lasha currently has 1,278.7 Robi points from his 217/257 kg performance at the 2018 World Championships, his second highest total to date. This is a total that only one other man in history has ever beaten, Leonid Taranenko. Considering that the European Championships are in Lasha’s home country of Georgia, it is likely that we are about to witness history once again. Based on this 210 kg snatch that he hit that in the training hall earlier today it seems unfathomable that we won’t see Lasha load and make a new 221 kg world record. Many fans are saying that this will be the competition where we finally see someone snatch four reds on either side ((8 x 25) + 20 + (2 x 2.5) = 225 kg). If it is ever going to happen it seems likely that this might be the day it does. If it does, it will be a day around which all other days ought to be remembered, and a weight all other weights compared.

If Lasha Talakhadze snatches the mythical 225 kg and clean and jerks a new world record 258 kg, a weight he has made before, he will receive a truly absurd 1695.7 Robi points. Don’t forget this includes the 10% Robi bonus. Calculate yours here.

Lasha will compete at Batumi time on Saturday the 13th. You can check the schedule here. Don’t forget you can stay up to date with all A Sessions here with live text commentary.

Daniyar Ismayilov is in a do or die position. The 2016 Olympic silver medalist did not compete at the gold tier 2018 World Championships, and he bombed out at the 2019 Fajr Cup in Tehran earlier this year. As a result he must succesfuly make a total at this competition. Making a total is more important than placing first, and even more important than making a good total. Any total will do.

Daniyar currently has the highest entry total in the 67 kg weight class of 330 kg, 10 kg higher than his nearest competitor Bernardin Kingue from France. At the Fajr Cup Daniyar snatched 154 kg, 2 kg more than the winning snatch from last year’s World Championships. It is clear from that lift and his past performances and past medals that Daniyar certainly still has the potential to be the best in the world. It would be devastating to see him open too heavy, bomb out, and subsequently lose the opportunity to compete at the 2020 Tokyo Olympics.

The once World Champion Daniel Godelli returned from his two-year ban in December of 2016 and has still as of yet not stunned the weightlifting world by the power and strength he showed in Almaty 2014 (perhaps for good reason…). Godelli, like Ismayilov, is in a do or die situation. Having bombed out of the 2018 World Championships along with seemingly the entirety of the Albanian national team, Daniel Godelli is still yet to hit a total during this six month qualifying period. Failure to do so at the Europeans will result in him missing his second Olympic games in a row.

entry total of 369 kg is 4 kg above that of the 2016 European champion Andranik Karapetyan. High entry totals and high openers have become quite a tradition in recent years among the Albanian team. When this tactic works it works well, but when it fails to work it ends disastrously. Failure at the Europeans will end even more disastrously given the finality of this competition.

Simon Martirosyan is the current world record holder in the clean and jerk and the total with 240/435 kg, lifts he made at the 2018 World . This puts Simon in a phenomenal position heading into the Europeans, as he has already solidified himself as the leading 109 kg lifter in the world by some margin and, as a result, has an opportunity to compete relatively stress-free.

Simon can gamble for big lifts and, if he makes them, he can carry his Robi points from Europeans and the World Championships forward into the second qualifying period. If he misses, he still has 1,197.6 Robi points to fall back on, a very heft cushion.

Within the last few we have seen some of the heaviest ever recorded lifts from Simon Martirosyan including a 210 kg hang snatch, and most recently this 250 kg rack jerk.

Having improved an enormous amount over the last two years it is becoming ever more apparent that we may one day witness a 250 kg clean and jerk from Martirosyan. If he is able to achieve this astonishing feat it will be the first time we have seen a 250 kg clean and jerk from a since Yury Zakharevich hit 250.5 kg in 1988. Who knows, perhaps the 2019 European Weightlifting Championships will be the stage for such a feat.

The schedule, start list, results, and live commentary for all A Sessions can be found here

Seb OstrowiczI am the owner of Weightlifting House. When I'm not working on the site/podcasting/interviewing I spend my time training, coaching, and competing in the sport of Weightlifting.
Posted in:
News
Tagged:
Who to watch
Leave a Reply Cancel reply