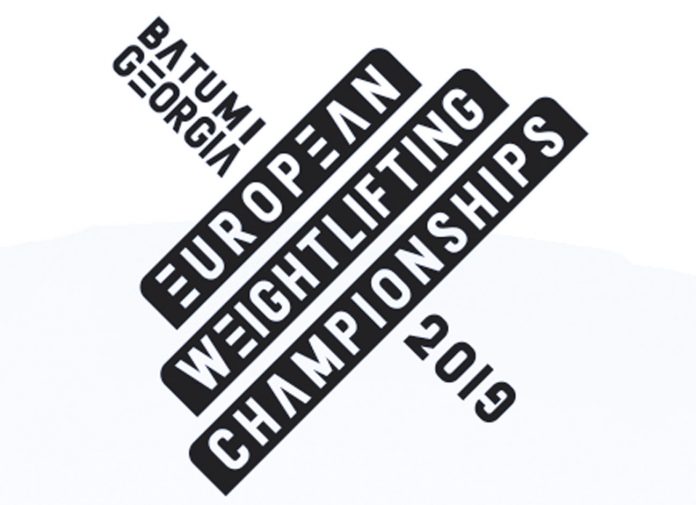 Dmytro Chumak (UKR) won this group comfortably, taking a five-kilo lead from the snatch and extending it to fourteen by the time the clean and jerks were done. Samvel Gasparyan (ARM), who has a bigger entry total posted, ran into trouble, only making his third snatch and ending up well back. Vadzim Straltsou (BLR) out up 170 and Irakli Chkheidze (GEO) won a popular medal for the host country with 169.

On clean and jerks, Samvel Gasparyan (ARM) got closest to Chumak’s 216 with 209 but he was already well down on snatch so didn’t trouble the total medals. Kostiantyn Reva (UKR) took bronze with 207.

This group was another one where the winner was never really in any doubt. Although Rodion Bochkov (RUS) matched Simon Martirosyan (ARM) with 192 on the snatch (Bochkov got silver as he lifted it second), his best clean and jerk of 218 was only good enough for bronze in the total. Martirosyan lifted 235, ten kilos more than the next-heaviest from Arturs Plesnieks (LAT) to take the total gold by a country mile. Andrei Aramnau (BLR), well below his best, scooped up the total silver to go with his snatch bronze, despite finishing fourth on clean and jerk.

This was turning into a day of dominant performances and the women’s super-heavyweights was no exception. Russia’s Tatiana Kashirina won the snatch by twenty-six kilos with 146 (beating her own world record by a kilo) and the clean and jerk by thirty-seven kilos with 185 (matching her world record and breaking her total record by a kilo). Ukraine’s Anastasiia Lysenko picked up the silvers with 120/148/268 and Great Britains Emily Campbell turned her great training form into international medals with 115/145/260.

The most dominant performance of all was saved to last. Lasha Talakhadze (GEO), with the home crowd behind him, left his competitors behind and broke three world records. The striking thing was that he used only four attempts to do it, declining both of his third attempts.

Talakhadze’s 218 snatch beat his own record by 1kg (he has managed 220 in competition but that was before the weight categories changed and records were reset). His clean and jerk of 260 was a three kilo personal best. That gave him a total of 478 – the highest recorded since weightlifting became a two-lift sport.

There was some good lifting from the rest of the group. Irakli Turmanidze (GEO) took the snatch and total silvers, which only made the Georgian crowd more happy. The two Czech lifters, Jiri Orsag and Kamil Kucera had a head-to-head battle that on another day would have got more attention. Ruben Aleksanyan (ARM) did enough in the clean and jerk to get the silver there and a total bronze. However, such was the spectacle of the ease with which Talakhadze extended his records, all attention was on him and all discussion was on what he might do next.

Something that was nice to see was that, before he took his record-breaking clean and jerk, Lasha Talakhadze took time to congratulate his teammate Irakli Turmanidze on his medals. He has been giving vocal support to the rest of the Georgian team all week and tonight was no exception.

Irakli Turmanidze (GEO) hit all six lifts on his way to winning snatch and total silver medals in the Men’s 109+ kg A group.