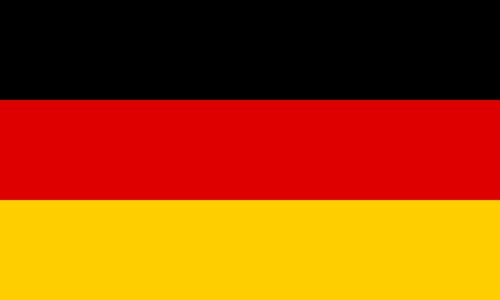 The final of the top division of the German Bundesliga weightlifting league competition will be streamed live here.

The Bundesliga is a team competition that uses a scoring system that enables teams to have lifters of a mixture of weights and genders. Unlike other weightlifting competitions, a ’round-robin’ order is used rather than a rising bar. This means that, like is powerlifting, lifters have a much better idea of when they will be making their attempts than in a weightlifting competition using the standard rules.

This season, AC Mutterstadt have featured big-name lifters such as Nina Schroth, Lisa Marie Schweizer and Max Lang. International lifters Amar Music and Gareth Evans are expected to start for them in the final.

The success of the Obrigheim team has been built around Nico Müller and Matthäus Hofmann, so we may see them in the final.

It is customary to drink beer while watching weightlifting in Germany, so why not put a few in the fridge and tune in to what is sure to be some entertaining lifting!

This week in weightlifting A report by the World Anti-Doping Agency Intelligence and Investigations department has revealed new...
Read more
News

The recently-ousted interim President of the International Weightlifting Federation has spoken to us at length about her time in the organisation, the...
Read more
News

This was a fascinating conversation with Brian Oliver, writer and breaker of all major weightlifting news. Over the...
Read more
News

Sarah Davies, Chair of the IWF Athletes Commission has spoken at length about the current crisis at the top level of the...
Read more
News

The IWF has announced that it will hold the electoral congress originally planned for March 2021 in... March 2021.
Read more