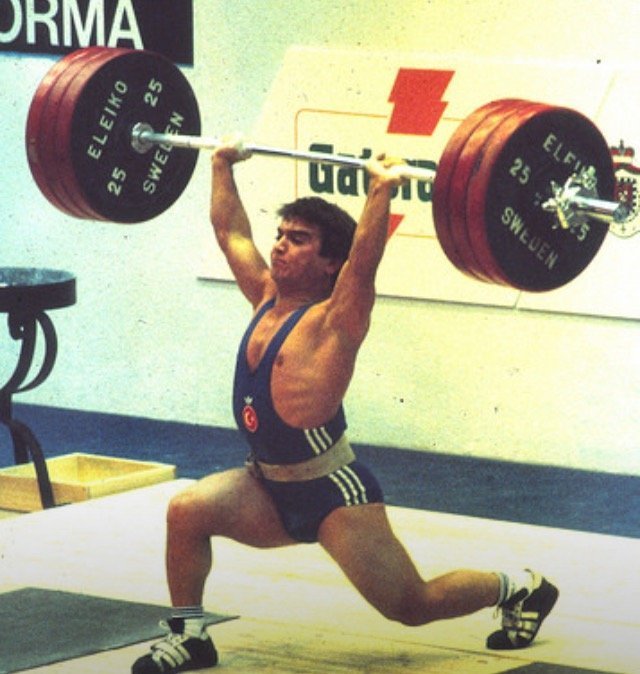 Five of my Favourite Podcast Episodes

During the last 25 months of podcasting I have had the privilege of speaking with an enormous number of the most interesting and successful coaches and athletes in the Weightlifting World. I have learned and relearned many new approaches to training, heard some of the most exceptional stories of success through diversity, and explored the many principles by which the most accomplished coaches find success in this sport.

On one of the Weightlifting House Patreon Q&As I was asked which were my favourite podcast episodes. This question turned out to be the most difficult question I answered that day and to some extent I was paralysed through the 270+ episodes of the podcast that I have released.

To say that this is my definitive Top Five list would be incorrect, in fact I am sure there are multiple lists of Five podcast episodes that I could look at and be equally as happy with. So I decided to choose one from each category…

As a result, I am calling this ‘Five of My Favourite Podcast Episodes’ in an attempt to escape the difficult question question. I’ll write another of my Top Five episodes soon!

For the final episode of the series The Sinclair Countdown which I eventually turned into the book The Greatest Weightlifters of All-Time, I covered the life, career, and greatest performances of the greatest weightlifter of all-time, Naim Suleymanoglu aka Pocket Hercules. Naim’s life was absolutely fascinating. As the son of a miner, Naim began his life as an oppressed ethnic Turk living in Bulgaria. After years suffering at the hands of the Bulgarians, whilst competing in Canberra, Naim fled his handlers and made it to the Turkish embassy from where he ultimately regained his identity and a new life. In his first competition for his true country of Turkey in 1988, Naim had the greatest performance of all-time, culminating in a 190 kg clean and jerk in the -60 kg weight class, the greatest single lift the sport has ever seen, receiving his first of three consecutive Olympic gold medals.

Since 2011 Nat has been to essentially every major competition in the weightlifting calender. He has seen more elite level weightlifting than arguably anyone else over the last 8 years, and as a result has some of the most brilliant stories. As primarily a fan of the sport of Weightlifting, few things are as interesting to me as the subtleties of the training hall and the warm-up room at these major competitions. As a result Nat and I ended up recording the longest podcast in Weightlifting House history at two and a half hours, trading stories over the elite weightlifters of our day, posing hypothetical questions that can’t really ever be known, and learning about the relationships between the various lifters and countries as they train and compete side by side.

I have recorded two episodes with Norik (USA -94 kg), both all-time favourites. The first was about the life and career of his father Yurik Vardanyan who competed for the Soviet Union in the 70s and 80s. His father famously totalled 406.5 kg as an 82.5 kg lifter in 1984, snatching 182.5 kg and clean and jerking 224 kg. Learning about the history of Soviet weightlifting and hearing some never heard before stories about the all-time greats was awesome. On the second episode, I spoke to Norik about his career, from competing for the USA to moving to compete in Armenia, and back again. From the utility of the no foot, no hook, and no contact snatches to the stories of the rampant drug use in Armenia, this turned out to be incredibly interesting and informative.

Never in a podcast have I felt so uneducated as when I spoke to Dr. Mike Israetel. Dr. Mike Israetel holds a Ph.D. in Sport Physiology and is a former professor of Exercise and Sport Science at Temple University in Philadelphia. You guys probably know him as I do as the co-founder of Renaissance Periodisation or from his collaboration with JTS. Dr. Mike and I spoke in depth about the construction of a full weightlifting program from start to finish, taking into account the various principles of strength training (specificity, overload…) as well as the many parameters within which we must remain. His explanation of the concept of MRV (Maximum Recoverable Volume) and MED (Minimum Effective Dose) among others really shone a light on the objective nature by which programs can be written, and the complicated web in which we often get stuck. For anyone wanting to learn the science behind programming, this is probably my favourite!

Max Aita has been one of my favourite coaches to follow for a long time. The breadth of his experience as an athlete has led him to a particularly thought out training program. As a young athlete Max Aita trained under a Bulgarian system, squatting to maximum as often as 30 times in a week. From there he trained under the legendary Ivan Abadjiev, the coach of the infamous Bulgarian weightlifting team in the 80s and 90s. After training for a few years at California strength Max went on to train and coach under an entirely different system, far more Russian in nature, full of volume, lower intensities, and far more exercise variation. Having tried just about everything he has a wealth of knowledge which he combines well with a scientific base of knowledge. On the various podcasts we have done together Max has talked about exercise selection and rep range, tracking and managing variables such as weekly tonnage and average intensity, and the mindset of a champion.

Glenn Pendlay – How Could I Leave Him Out?

Glenn and I have recorded over 40 episodes together over the last two years. We have covered a vast number of topics and I can’t possibly pick just one episode out. The podcast has in many ways served him as a place to voice his current thoughts on training, thoughts which keep evolving even after many decades in the sport.

You can follow the Weightlifting House podcast on iTunes here