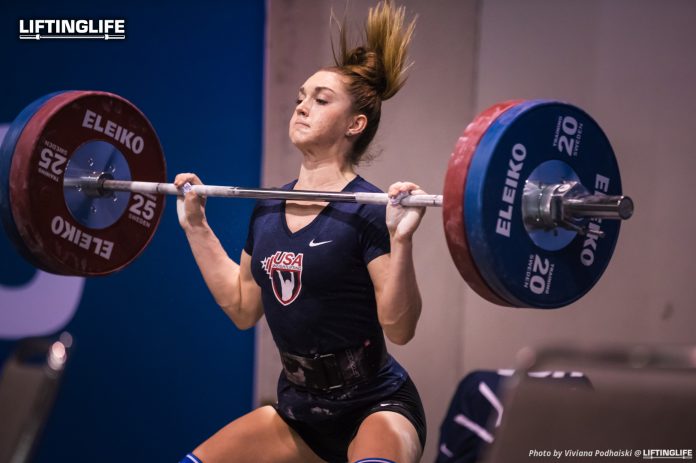 Ah the hook grip… few words are as synonymous with our sport as these two, and for good reason. We all use the hook grip – and if you don’t then hopefully after reading this article you will – but other than the fact that it feels stronger and feels just right when we use it, most people really don’t understand the full range of benefits that we get from it.

There haven’t been many studies published about the efficacy of the hook grip, but the ones that have been published add further credence as to its utility. Outside of these studies, we all have anecdotes of the benefits we have gained or seen from the hook grip. Whether that’s being able to carry your shopping in from the car to the house in one trip or instantly setting a personal best in the lifts, we all understand the benefits we gain from it.

Let’s take a look at these benefits and quantify them with real numbers. Enough of the ‘stronger pull’ and ‘more secure’ phrases that we hear banded around. How much does the hook grip actually aid us across various metrics?

But first, what is the hook grip?

If you already compete in weightlifting then feel free to skip this section because the hook grip is at this point most likely second nature to you.

To do this, simply wrap your thumb around the barbel as much as possible before you grab the bar with the rest of your hand. This works by creating enormous levels of friction between the thumb and the bar as well as the thumb and fingers. Conveniently, this friction increases as the weight on the barbell increases, allowing you to relax your hand whilst holding a loaded barbell and not let go of it. More importantly, it allows you to accelerate and move faster than you otherwise would without letting go of the barbell.

Ok, so there’s the how to, now let’s take a look at explaining and quantifying the benefits with real data.

1)  The hook grip allows you to lift more weight

In a study that took a group of weightlifters and asked them to test their max power clean with and without a hook grip, they were able to lift 6.6% more with a hook. That’s like turning a 150 kg power cleaner into a 160 kg power cleaner instantly. Also, this difference is likely low because the qualification for participation in the study was just 3 months of hook grip experience. The hook grip is a skill that can be improved with practice over time. The more you perform a hook grip the further it moves from a regular grip. Most intermediate/advanced weightlifters would struggle to lift over 85% of their max with a hook.

A lack of bar height is the primary reason for missed lifts amongst elite level weightlifters. Interestingly, the difference in bar height between those using a hook grip and those not actually increases as the athlete approaches maximum load. This makes sense – a regular grip is strong enough to match the power and speed of a 75% power clean but not a 90-100% power clean. Differences in bar height at 95% of an athlete’s max power clean can exceed 10cm between using a hook grip and not. This is a really significant difference when every cm lost in bar height requires either a faster pull under or a deeper catch position.

The hook grip has been shown to increase peak velocity, peak force, and peak power to a significant degree over a regular grip. Perhaps most interestingly is the finding that the hook grip increases power output by the greatest degree at around 85% of 1RM when compared with a regular grip – 214 Watts vs 657 Watts – a common percentage used for power development training. If you know any athletes from sports outside of weightlifting who use the snatch, clean and jerk, and their variations, who don’t believe that they need to learn the hook grip because they don’t compete in weightlifting, you can inform them that they are likely to move faster, produce greater peak power and peak force by using the hook grip.

There is one main downside to using the hook grip for weightlifters. Weightlifters have to take care of their hands, in particular their thumbs. As is the nature of using the hook grip, the barbell creates enormous friction against the thumbs which can cause tearing and damage to the skin, either reducing the quality of, or even halting, further training.

Even so, the pros of using the hook grip still far outweigh the cons of damaged thumbs, but in order to mitigate this potential issue, most weightlifters choose to wear thumb tape whenever they train. Thumb tape not only acts as a second skin between the thumb and the sharp knurling of the barbell, but it also gives you a better grip on the barbell. This is particularly useful when you are producing greater peak force, peak power, and moving with a higher peak velocity, as the hook grip allows you to do.

If you want to learn more about the hook grip then check-out this paper by the researchers over at Auckland, New Zealand.