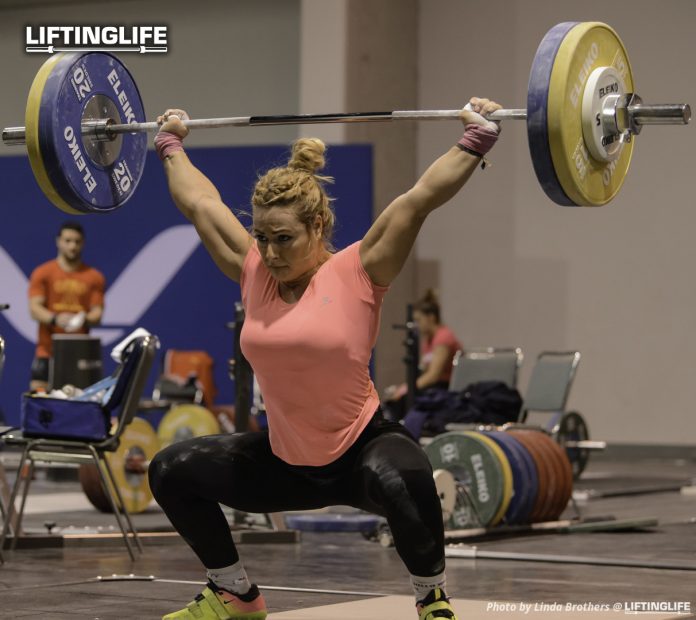 Lasha & Lidia Voted IWF Lifters of the Year 2018 – My Thoughts

With over 30,000 votes collected by the IWF from over 60 different countries, the results for the 2018 IWF Lifter of the Year came back the same as they did in 2017, with Lidia Valentin (ESP -81) winning it for the women and Lasha Talakhadze (GEO +109) winning it for the men.

Now before I dig into this I want to make it extra clear, as though the title wasn’t obvious enough, that this is an opinion piece! I am sharing my considerations and thoughts on the results of this vote and am not suggesting that this opinion is shared by other writers of the Weightlifting House website, or by the weightlifting community at large.

Firstly, I wish to congratulate these two phenomenal athletes for their successes this year. Both Lidia and Lasha have contributed enormously to the development of the sport. Lidia over an incredibly long and successful career, and Lasha over arguably the greatest first half of a career any weightlifter has ever had. The differences between the performances of these two athletes, however, were to my mind relatively drastic.

Let’s take a look at their performances over the last year. This does not include the even more differential performances from the 2019 Europen Championships. It is also worth mentioning that half-way through the year the weight classes changed and so world records became easier to come by. Even so both athletes were subject to this change and the relatively lower hanging fruit that came with it.

Lasha Talakhadze had another unbelievable year of weightlifting.

Lidia Valentin continued to add medals to her decorated career.

In case it needs to be mentioned again, I believe that Lidia Valentin is a phenomenal athlete. She has had a tremendous career, medalling internationally at nineteen competitions and winning gold at nine. She was however outperformed by many other women during 2018, the majority of whom were not available to vote for. As a non-Olympic category, the 81 kg weight class was highly uncompetitive and by some way the lowest performing, as seen by the totals below.

I do not dispute Lidia’s tremendous accolades and her inspiring and successful career. My focal point rather is to put forward the notion that the IWF Lifter of the Year award is not so much a vote on the accomplishments of a certain athletes during the specified calendar year, but a popularity contest from within a select group of athletes chosen in advance by the IWF. I am sure Lidia’s 242,000 deserved Instagram followers helped.

Whilst I do believe Lidia’s career deserves recognition, I feel that many other women deserve more for their mind-blowing and world record-setting performances during the year of 2018.