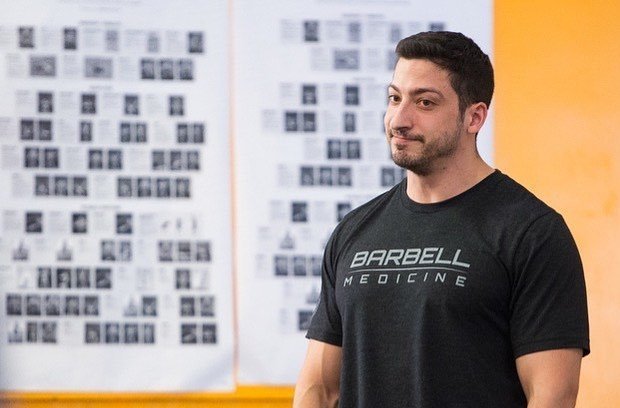 Austin Baraki is a co-owner of Barbell Medicine, a hospital-based physician at a teaching institute, and a strength coach/lifter (a darn strong lifter too!)

As a physician, Austin Baraki is able to mix the deeply impressive diagnostic mind that he has gained from the medical world with his passion and success in the strength world into one of the most groundbreaking educators out there today.

The SRA Curve and its Limitations

In this episode of the podcast we spoke predominantly about the SRA curve and its limitations, particularly in the sense of how different stressors, both psychosocial and physical, can negatively impact weightlifting training, and how we ought to gain an understanding of our internal load markers as ‘stop and start signs’ for pulling back and going hard in training.

According to Austin, we as humans always try to develop models. Our typical approach to understanding complex systems is often through some form of reductionism, breaking things down into discrete pieces that we can understand, and then trying to put them back into a model that we can try to use to explain the whole thing.

As we walk around we are continually bombarded with different stimuli and stressors: pathogens, bacteria, psychological life stressors, sleep issues, and social situations to name a few. A simple SRA model views the only stressor affecting the athlete as the external load of the set of five reps under the barbell. But all day every day we are bombarded by other internal and external stressors.

The world of neurobiology has revealed recently a concept called allostasis, a modern retake on the idea of homeostasis. In brief, allostasis is a continually adapting brain centered version of homeostasis. As we respond to these stressors, we simultaneously recover from them in a continuously dynamic way. Austin explains that by programming as though the only stressor affecting the athlete is the five reps on the back squat, we reduce the athlete to that of a machine where the stimulus of the back squat will always produce the intended result every time. Every coach and athlete will know this not to be true…

If you want to listen to Austin explain this concept in a far more in-depth and eloquent way then listen to the podcast from around 14 minutes and 26 seconds in.

As well as speaking about the extent to which a life stressor can pollute the effects of a training session, the way in which weightlifters ought to train the back squat, and many other topics, Austin also explained the process by which we ought to rehab tendinopathy.

Austin broke the process down into three parts.

If you want to listen to the rest of the 73 minute podcast episode then click play on the player at the top of the page or subscribe to the Weightlifting House podcast on iTunes.

This website uses cookies to give you the best experience and help us to understand our users better. Agree by clicking the 'Accept' button. You can also choose to accept only certain types of cookies