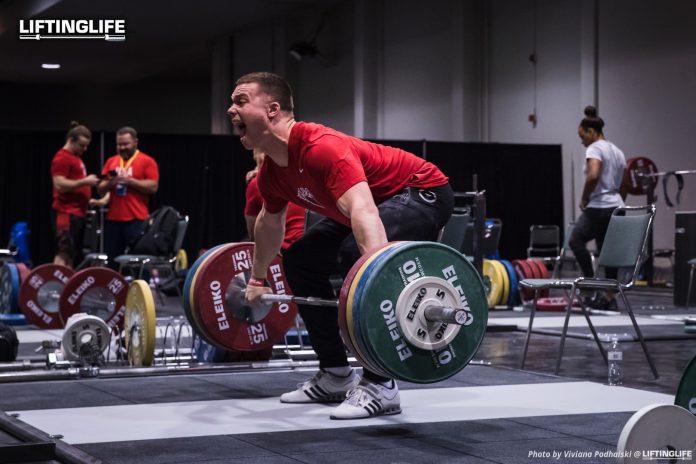 Joshua Gibson’s presentation at the Rogue HQ last weekend on Programming Theory inspired us to go through the five pillars of a successful training program on The Weightlifting House Podcast. We will cover one of the following five pillars each episode:

The following my adaptation of the presentation from Joshua Gibson aka The People’s Scientist. You can also listen to the full podcast on this topic below.

“Specificity is a principle of training that is fundamental for securing optimal adaptation and improving performance. From a physiological perspective, a training programme must stress the systems that are engaged in performing a particular activity to achieve specific training adaptations. To stress the physiological systems associated with performance in an optimal manner, three components of specificity should be considered: (1) the  energy system, (ii) the muscle group, and (iii) the skill of the sport.” (Reilly et al, 2009)

It is worth remembering that specificity exists on a continuum, and the continuum changes based on the demands of the sport at hand. In the example of weightlifting, the continuum might range from running an ultramarathon all the way to competing in weightlifting at the Olympic games.

Where the athlete lies on this continuum depends on two major factors:
1) The athlete’s proximity to competition (the closer to competition, the more specific the majority of training ought to be)
2) The athlete’s advancement in the sport (a beginner can improve upon highly technical movements with more general exercises)

There are several contributing factors to making a movement more specific than another movement. These are joint angle, velocity or speed of contraction, contraction type (ecc/con/iso), rep scheme, external factors (environment, equipment)… The further any movement strays from any of these factors the less specific it is. That isn’t to say that the movement is less important, as we need to take into account the two factors that we mentioned earlier: Proximity to competition, and advancement in the sport, both of which influence how specific training ought to be at any given point.

During this Monday’s episode of the podcast Josh and I also spoke about the positive and negative transfers of some of these movements, i.e a no-contact snatch inadvertently causing an early arm bend, as well as the various intensity ranges in which technique can be both changed, as well as streamlined.

You can listen to the Weightlifting House Podcast three times per week on iTunes, Spreaker, and all other podcast platforms.

The late Glenn Pendlay played a key role in the development of Weightlifting House, specifically with the growth of and interest shown...
Read more
News

Eric Helms came onto the Weightlifting House podcast in December 2019 to talk about hypertrophy training and periodisation as it pertains to...
Read more
News

WL News | Lu Xiaojun’s Ticket To Tokyo, & A Change To The Third Period

The weightlifting news from this week (March 5th - 11th) includes: The cancellation of three out of five continental...
Read more
News

The weightlifting news from this week (Feb 27th - March 4th) includes: How the IWF might respond to a...
Read more
Articles

The inclusion of transgender athletes in sport is a difficult topic to understand and prescribe rules for, not least in a sport...
Read more