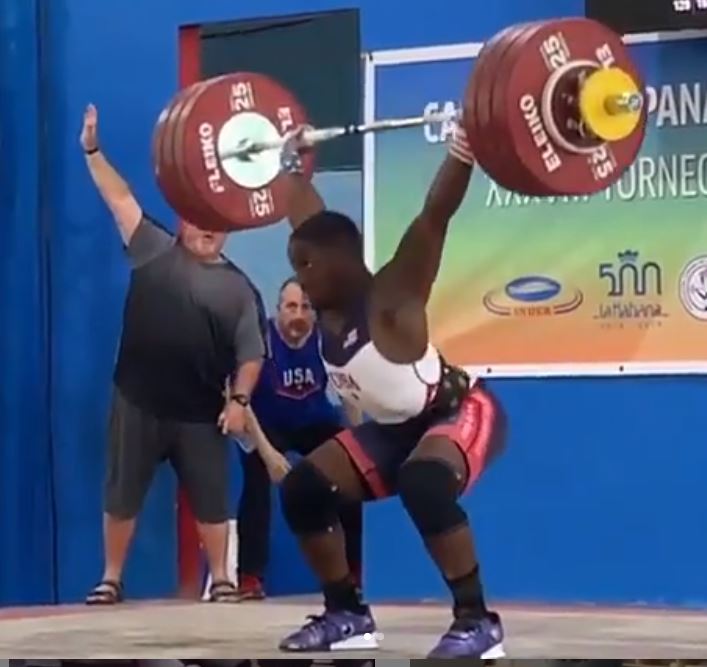 His 154 kg snatch is a kilo over the 153 kg that he hit in April on his way to winning the Senior Pan American Championships, and is a new senior/junior American record, senior/junior Pan American record, and junior world record. CJ has now single-handedly moved the USAW record in the snatch all the way from 140 kg to 154 kg across the 69 kg and 73 kg weight classes. It seems likely that we will finally see a yellow on his snatch soon as he likely attempts 155 kg at the World Championships this September.

In the clean and jerk, the lift for which CJ is more famous, he took his final attempt at 193 kg, another personal best complete with all of the various records he attained from his snatch. Perhaps most excitingly is the fact that this 193 kg lift is now just 3 kg shy of the senior World Record held by China’s Shi Zhiyong who is regarded by many as the most exciting weightlifter in the world.

19 year old Cummings holds more Robi points than any other weightlifter in the world due to both his world record levels of lifting but also his ability to compete back to back to back.

Seb OstrowiczI am the owner of Weightlifting House. When I'm not working on the site/podcasting/interviewing I spend my time training, coaching, and competing in the sport of Weightlifting.
Posted in:
Competition Lifts, Lifts
Leave a Reply Cancel reply