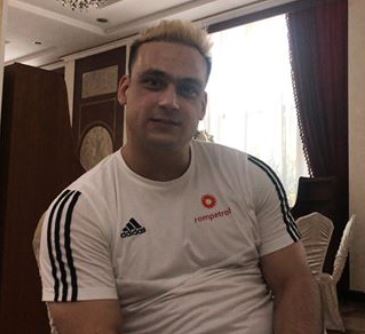 Ilya has continued to progress in the snatch, consistently adding 5 kg from each previous performance since the Asian Championships in April. Today he opened with 165 kg, jumped to a comeback personal best of 170 kg on his second attempt, before passing on his third. It is likely that he planned only on hitting 170 kg and therefore opened as high as 165 kg in order to give himself the possibility of two attempts at 170 kg.

In the clean and jerk, Ilya’s historically preferred lift and the one for which he still holds a world record (246 kg at -105 kg), he performed poorly. He missed his opener of 200 kg due to an unlocked left elbow. His second attempt was rather controversially given to him as he retook 200 kg; though he didn’t come to a complete stop with the barbell overhead he was awarded the lift, earning him a gold medal in the total. He will need to clean this up if he hopes to be awarded white lights at the World Championships and beyond. Ilya took his third attempt at 205 kg and despite an easy clean he missed the jerk.

In an interview with Vesti.KZ Ilya explained that whilst he was pleased with his snatching he was disappointed with his clean and jerks. He believes he will need around 217 kg at the World Championships if he hopes to medal.

Seb OstrowiczI am the owner of Weightlifting House. When I'm not working on the site/podcasting/interviewing I spend my time training, coaching, and competing in the sport of Weightlifting.
Posted in:
Competition Lifts, Lifts
Leave a Reply Cancel reply