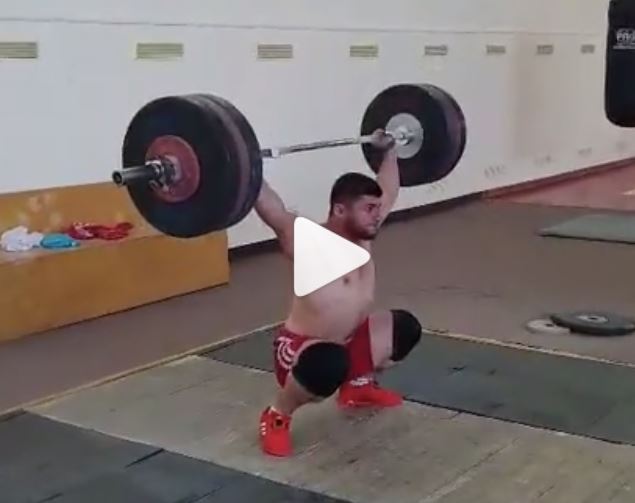 Despite being unable to take more than two men and two women to the Tokyo Olympics, Armenia is still planning on sending a full team to the 2019 World Championships next month, and it really is quite a team.

Simon Martirosyan (-109 kg) took an enormous 200 kg block snatch for a double, simply toying with what has been, for the entirety of the sport of weightlifting, the watershed line for the heavyweights between the elite and the truly extraordinary. The world standard for the -109 kg weight class still sits at 196 kg having not yet been surpassed since it was set in 2018. Simon Martirosyan looks like the most likely to break this number and set the first snatch world record of the new weight class, though he may find China’s Yang Zhe first in the queue to take the attempt.

Andranik Karapetyan (81), known for being one of the most exciting snatchers in the world, showed that the world record of 173 kg which is held by Egypt’s Mohammed Ehab stands little chance at remaining beyond the world championships. Karapetyan’s 180 kg block snatch not only surpasses the world record by 7 kg but is incredibly some 5 kg below his all-time best of 185 kg. On top of this, Karapetyan also hit a snatch plus hang snatch at 170 kg, and at 210 kg, 4 kg above the world standard.