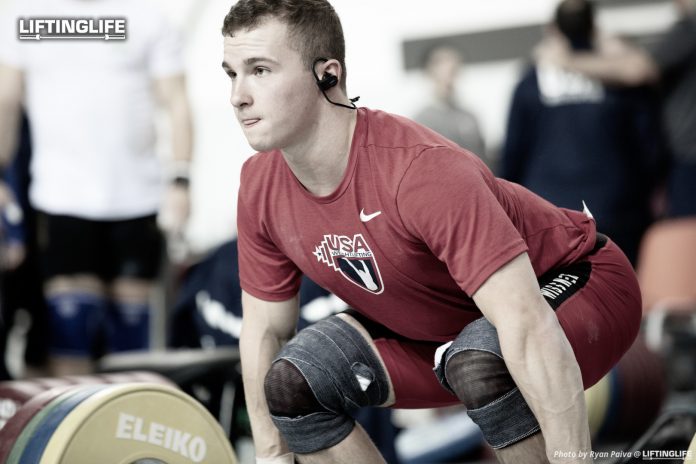 This is a game-changer. I don’t want to overhype the change in my technical approach, but it has really done wonders for my athletes and my own lifting. The issue was that I couldn’t fully grasp and explain the 3rd phase of the snatch and clean. This led to problems of execution, inconsistent movement, and sub-optimal results. It wasn’t until I stumbled across Dane Miller and his work with Garage Strength, which includes innumerable articles, Youtube videos, Instagram posts, and other content on the topic of technique and programming that I started to understand the snatch and clean “pull”. Once I took the time to take in all of the available information it became evident as to how the lifts should be performed and the programming strategies I could use to teach and solidify these changes.

Before I explain the change itself we should brush up on the language used to describe the snatch and clean pull. Specifically, I will be describing the pull as discussed by Max Aita in his book, “Weightlifting Technique Triad”. The entire lift can be broken up into 7 phases.

*For comprehensive coverage of the phases and their implications check out Max’s book! I am just briefly describing them so you can follow along.*

Phase 1: Instant of Separation – Once the bar breaks the floor

Phase 3: Adjustment to Maximum Knee Flexion – This is the transition past the knees where the hips start to extend, the knees re-bend, and the torso assumes a vertical position, complete once maximum knee flexion is achieved

Phase 4: Explosion/Second Maximum Knee Extension – Second maximum knee extension, paired with ankle plantarflexion and hip extension, with the phase ending once the bar is no longer supported by the athlete

Phase 5: Final Extension – Any further extension after the bar is unsupported

Phase 6: Squat Under/Fixation – Pulling under the bar into a squat position, ending once the bar is fixated, amortized, and again supported by the athlete

Phase 7: Recovery – The stand to a full, upright position to signal completion of that particular movement

Now that we have that out of the way we can dive into the particular focus of the lift that has been so challenging to teach and understand. That is, phase 3. Of course, there is some contention when you talk about this phase of the lift, colloquially called the second pull. It’s contentious because it involves the transition and re-bending of the knees, which some coaches tend to think that you shouldn’t teach. I’ve grown far out of favor with that view. During a complex skill, there are very few working components that you wouldn’t teach. I think it’s more so about knowing when to emphasize or deemphasize the attention to that aspect. Without getting too far into the weeds about how I used to understand the lift we can first start with the update and then get on to programming considerations.

Dane Miller is very well-known for continually preaching efficient knee movement during the lifts. This means that the knees travel back from the instant of separation (IOS), with the torso rising in unison with the bar. Dane really pushes (no pun intended) getting the shins to vertical with the shoulders over the bar to signal the completion of phase 2. Here is an example:

*The initiation of phase 3. This is DJ Shuttleworth, one of Dane’s weightlifters. Retrieved from https://www.youtube.com/watch?v=Jcdkww1McbM*

The transition is then dramatic, flexing the knees aggressively until you reach the power position with the weight still positioned over the front edge of the heels, working to keep the feet completely flat against the ground.

*The initiation of phase 4/Explosion. Retrieved from https://www.youtube.com/watch?v=Jcdkww1McbM*

This is exactly the model I’ve started to adopt, as it is how I have been trying to coach the movement, just with less accuracy.

Wil Fleming has a cue that just recently clicked for me and made sense of this model, which is “start early, finish late”. Initiate the transition early, right around the top of the knee cap in most cases, but delay the extension until much later in the phase, when your knees are pushed under the bar and you are in a position to fully utilize the legs. This model has been incredibly useful in correcting imbalances during the pull, applications of excessive horizontal forces, and other common issues. All too frequently athletes reach the proper position at the knee, but improperly initiate phase 3 by pulling the shoulders back aggressively without letting the knees transition under the bar. The bar then sits out front and is essentially floating into the hip. When the bar meets the hip there is an aggressive collision. Staying with the legs longer will prevent the shoulder throw and keep the feet grounded, balanced, and in a position to drive the bar up, instead of out.

Of course, I need to state the obvious. This isn’t “Dane’s Model”, as in, it isn’t a completely original idea. He has developed his technical model watching other lifters and discussing it with other coaches just as I have. It is simply the way he explains the lift, prioritizes the transition, and his demand for technical precision that has really changed the way I understand movement. This made more obvious through the exercises he utilizes to communicate this with the athlete’s nervous system.

There is no better way to teach movement than to prescribe exercises that zero in on exactly what you want. This means dialing in knee movement, the proper finish, and arm action during/after phase 3, 4, and 5. Here are a few exercises that I program or plan on programming because of their ability to convey the desired movement.

This one is simple and indirectly teaches what I want. Not being able to move the feet punishes the athlete for pulling back after the transition too aggressively. Instead, it awards the athlete for quickly and effectively moving the knees under the bar at the initiation of phase 3, closely moving the bar up the thigh and into the hip, prepared for a balanced upward drive. There are many variations of a no foot snatch, most of which enhance this effect (i.e. pauses, hangs, blocks, power). The basic exercise starts with an athlete in the “catch” stance, properly executing the pull, finishing at the top, but not completely pulling the feet from the ground. Hence the name, “no foot”.

This is a complex I have been using to prime the proper position at the knee and then reinforce the transition under. The athlete performs a pull to the knee, ending with the knees back and shoulders over the bar. The bar is then lowered to the floor, followed by a pull to the mid-thigh, emphasizing a shift under the bar and keeping it close to the legs. The bar is then lowered once again and a full lift is performed. This exercise can be done a few different ways, singling out a pull to one position, or more (i.e. pull to IOS, pull to hip, added tempos/slow eccentrics).

Low hang snatches give you more reps passing and mastering the transition from the knees to the hips. This lift can take many forms, but the simplest is deadlifting or performing a pull, and with the bar in the hips lowering it to just below the knee a few inches, then reversing the motion and performing a snatch or clean. It is important to emphasize the downward motion, tracing the legs, keeping the chest up, stopping at the correct point and then using the legs to initiate the upward movement. The low hang lift can be combined with different pull variations, tempos up/down, and/or without foot movement. The key is to know what is appropriate for the athlete at that time in the training program.

Halting, Floating Deadlifts (from a riser)

I actually saw Pyrros doing this in a Cal Strength video, although he was just demoing the pull for an athlete. This is an exercise used to feel the legs stay engaged throughout the pull, navigating the knees, and keeping backwards pressure on the bar throughout. The lifter starts by deadlifting the bar up, mimicking a proper pull, staying over the bar until it gets around the hip. Then the bar is lowered tracing the same path, stopped about 1” above the ground. The lifter then deadlifts the bar back up, repeating the movement for the prescribed number of reps. Ilya did something similar in his training, so here is a good demo.

This is not an all-inclusive list. I am sure there are many other exercises you could use to achieve the same end. For a good list of exercises and demos check out these playlists from Garage Strength and Catalyst Athletics. This is just a few that I use to work the transition from the knee to the hip. If you have any suggestions, questions, or comments then feel free to leave them down below. I want to sincerely thank Dane for opening my eyes to this technical perspective.