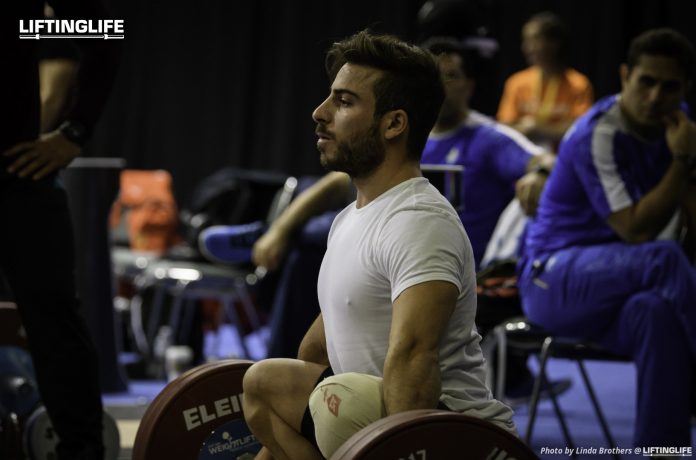 Rostami and Alihosseini OUT of Olympic Contention

Kianoush Rostami (IRI), the 2016 Olympic champion and world record holder of the -85 kg weight class, and Saeid Alihosseini (IRI), the 2017 world silver medalist in the +105 category, are out of the running for Olympic qualification.

The new qualification system requires athletes to compete and total at least once during each of the three six month qualifying periods, November 2018 – April 2019, May 2019 – October 2019, and November 2019 – April 2020. Since the two juniors, Ali Davoudi and Mohsen Dadrasasl, were selected over Alihosseini for the Iranian world team last week, and since Rostami bombed out on a 180 kg snatch at the World Championships, both of them need to compete at the 49th “Challenge 210” competition later this month (Oct 24-27) in Switzerland. This will be their last chance qualifier in the second qualifying period.

Today it was published on an Iranian Instagram page that neither Rostami nor Alihosseini has been included in the team headed to Switzerland, a team that includes Sohrab Moradi, Rostami’s teammate and competition. Sohrab is also in a ‘total or die’ situation with regards to Olympic qualification. Despite Alihosseini informing the Iranian weightlifting federation that he wanted to be registered for the 49th “Challenge 210” and continue his Olympic journey, the federation failed to put his name forward.

It has become clear from the translation of this post that Alishosseini is upset by the Iranian federation’s lack of action and determination to keep him and Rostami from Tokyo 2020, even despite the strong shape that he claims to be in.

Unless the organisers of the 49th “Challenge 210” allow both Kianoush Rostami and Saeid Alihosseini late entry, their hopes of 2020 Olympic gold medals are well and truly over…

InsideTheGames is reporting that the International Olympic Committee has written to the IWF to warn them against allowing any Thai athletes to...
Read more