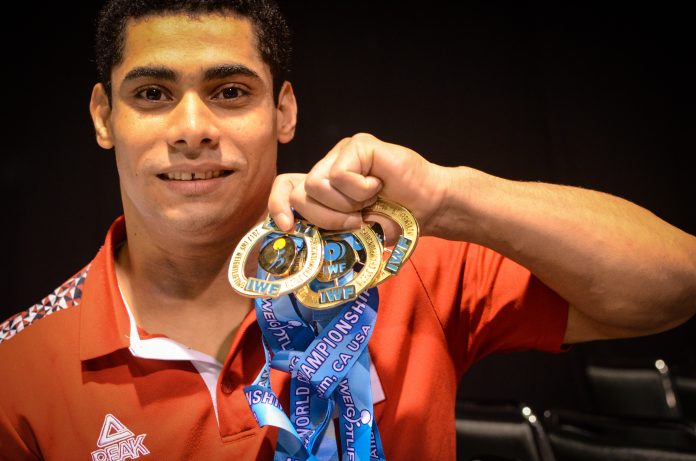 The 2017 World Champion from Egypt Mohammed Ehab announced his retirement from the sport of weightlifting yesterday on the Egyptian news site ahramonline.

After five additional doping bans from Egypt were announced yesterday, including that of the Olympic bronze medalist Sara Ahmed, Ehab decided to put his career to an end.

The only way Ehab can hope to qualify for the 2020 Tokyo Olympics is if he becomes a citizen of another nation. His application for this, however, would have had to have gone in months ago, and it still doesn’t solve the problem that he hasn’t yet made a total during this second Olympic qualifying period that ends on the 31st of October ’19.

Mohammed Ehab now plans on completing his Master’s degree and commencing his career as a weightlifting coach, something he has planned on doing for several years.

Whatever the reason for Ehab’s retirement, we are sure to miss his greatest creation- “The Ehab Olympics” – you can check out our favourites here, here, and here.

InsideTheGames is reporting that the International Olympic Committee has written to the IWF to warn them against allowing any Thai athletes to...
Read more