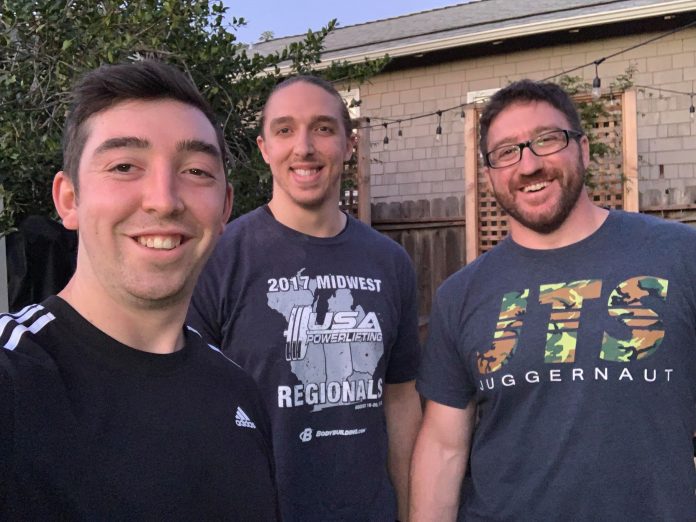 This is another, perhaps overdue, installment in the Five Things I Learned series. Once again the article is highlighting insightful, thought-provoking information coming from the well respected Max Aita. During our trip to California, we met up with Max and managed to record one of the greatest podcasts I have ever listened to and been a part of. The podcast covered a range of topics, from Olympic qualifications to microcycle development to old stories about the Bulgarians. We covered it all.

You can listen to our most recent episode with Max Aita below:

If you aren’t particularly familiar with Max Aita or Juggernaut Training systems head over to part one of the series, discussing a previous podcast we recorded with Max, where you can find a more detailed bio. To give a brief snippet of his qualifications, Max’s resume includes:

Without further ado, let’s crack on with the article!

How do you tell if an abnormality in technique needs to be addressed? Max approaches this through the “If it looks right, it flies right” mentality. A lift should generally look a certain way, with regards to its execution, but remains void of absolutes. Foot movement can be more aggressive or subtle, acknowledging that stark deviations will leave kilos on the table and should be targeted for correction. But just because an athlete has an unorthodox style, be it in the set-up or execution, does not mean it needs to be addressed.

“I’m not going to stand there and give somebody absolutes and say “oh, you have to move your feet” or “don’t move your feet”… But it’s also not an excuse to just let somebody perform something that’s weird… So it’s always a matter of this balancing act.”

2 – When You Compete, Know the Priorities

As a coach taking athletes to competitions with specific results in mind, there should be a plan to set you up for the best result. In this case, Max discusses how he approached Worlds with Alyssa Ritchey. First, making weight needs to happen in order to compete. Then making a snatch to have a chance at posting a total. What follows that obviously depends on where you are competing, who your competition may be, and what is on the line. Just as with training, it isn’t attacked head-on with no idea of where you are and where you should be going. That same calculated mindset should be used when organizing the competition strategy. At each level of competition, the organization required changes, but it pays off to practice how you should compete, even if it’s at a local level.

“The worst thing you can do in the back is shoot from the hip.”

Exercise selection and rotation is a complex topic. When, why, and how do we pick exercises to use within a training micro-, meso-, and macrocycle? This was a question answered in-depth by Max. He first approached it through the lens of sequencing.

When a training cycle starts, the exercises are generally weakness oriented. What is the athlete bad at? If it is the transition phase you would organize exercises which target that specific portion of the lift (ex. block work, high hang work). Then, as the training cycle progresses, the exercises would shift focus and increase in specificity. The obvious trend here is less specific to more specific, but not just for the sake of variation. The purpose is to single out weaknesses and aim to improve that segment of the lift.

“I think it’s important that exercise rotation adhere[s] to both of those principles. One is specificity. You’re moving from least specific exercises, but most necessary, addressing biggest weaknesses first.”

The next point made considering exercise rotation is adherence. Avoiding training monotony and burnout is critical to short- and long-term success. If an athlete is demotivated and doesn’t want to train or can’t muster up the energy and effort to really give training all they have then the program starts to lose its effectiveness, no matter how well written it may be. Exercise selection and rotation can augment the psychological status of the athlete and improve the enjoyment of training and adherence to the program, even during what would be considered critical stages, such as a peak before a major competition.

“Someone’s coming in tired, beat up, and destroyed, they feel engaged still, because it’s interesting.”

Although enjoyment and adherence are prioritized, the sequencing and selection of exercises first follow specificity. It may be fun to jump around from exercise to exercise (see: Crossfit), but it would compromise the application of stress and loading of the program if novel exercises are too frequently introduced. Layer these two aspects of programming together to strike a balance and achieve the best result.

“It’s productive because you’re still within that realm of specificity. You’re not moving from snatches to deficit snatches when you haven’t done them before.”

A program starts with partitioning out of stress. Training loads are decided and distributed in a specified manner, biasing exercises which will aid most in improving the competition result. Exercise rotation and selection from week to week assists in the form and delivery of that stress. Changes can be made to reduce or increase based on the feedback of the athlete and the needs of the coach. For example, moving from a full snatch to a no-contact snatch will alter the mechanics of the lift, but even more than that it will alter the load on the barbell. Strategic use of exercise rotation serves the purpose of loading or unloading an athlete, emphasizing specific movements and de-emphasizing others.

“You create the training load because that’s what you know is driving the physiological response.”

As always, these shows are incredibly difficult to distill down to five talking points. Max discusses all of these concepts, and more, in such depth that I would recommend listening to the show at least three to four times through. Thanks once again to Max for joining us on the show and thank you, the listener, for supporting the podcast.