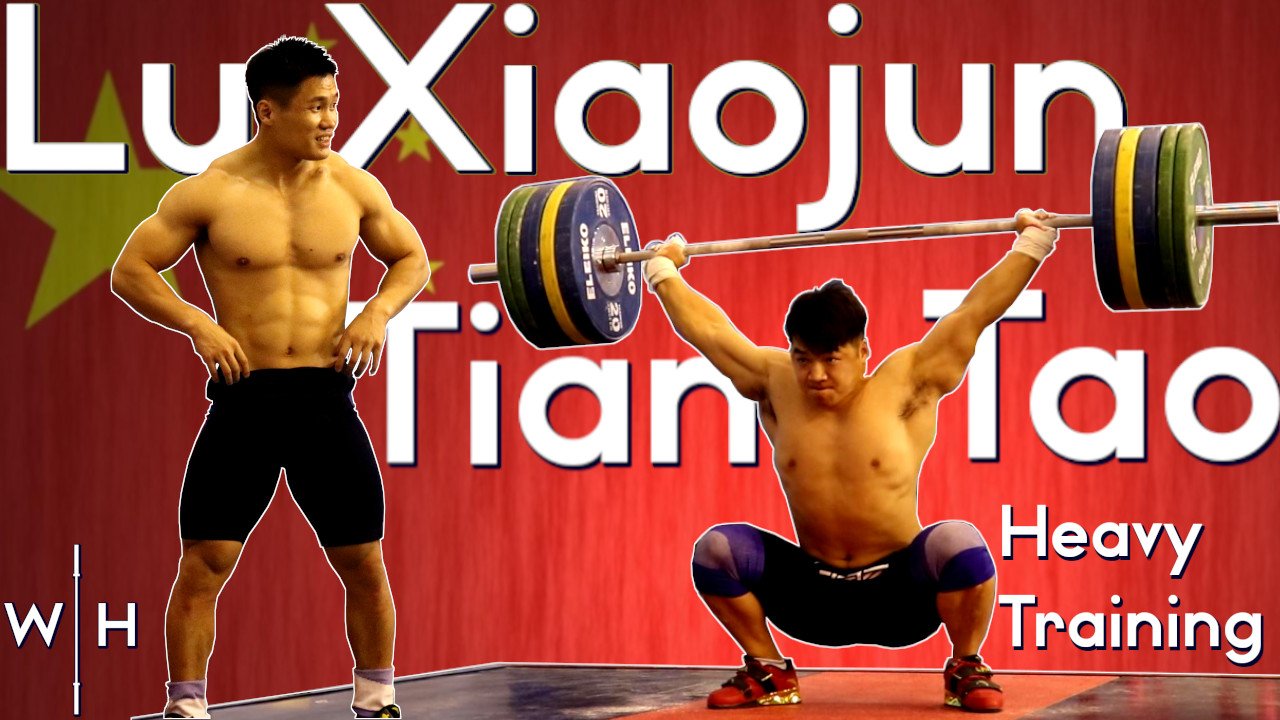 Lu Xiaojun (81), eleven-time world record holder, Olympic champion, and five-time World Champion, worked up in the back squat to a heavy single of 270 kg, 35 kg less than his best-ever single of 305 kg. Lu finished up with some accessories, including strict press, hip extensions, crunches, and the exercise for which he became best known, Lu raises.

Tian Tao (96), clean & jerk world record holder, 2016 Olympic silver medalist, and 2019 World Champion, performed his final ‘heavy’ snatch session, working up to what would be his final warm-up lift in the back-room on the day of his competition. He finished up with some pulls.

Yang Zhe (109), who would break the world record in the snatch just five days after this session, also worked up to his final back-room lift at 180kg, around 90% of his best snatch.

If you want to check-out more lifting from these three athletes, as well as many more including Simon Martirosyan, Meso Hassona, and Li Dayin, head to our Patreon page.

Seb OstrowiczI am the owner of Weightlifting House. When I'm not working on the site/podcasting/interviewing I spend my time training, coaching, and competing in the sport of Weightlifting.
Posted in:
Lifts, Training Lifts
Tagged:
Chinese Training, Chinese Weightlifting, Training hall, Training video
Leave a Reply Cancel reply