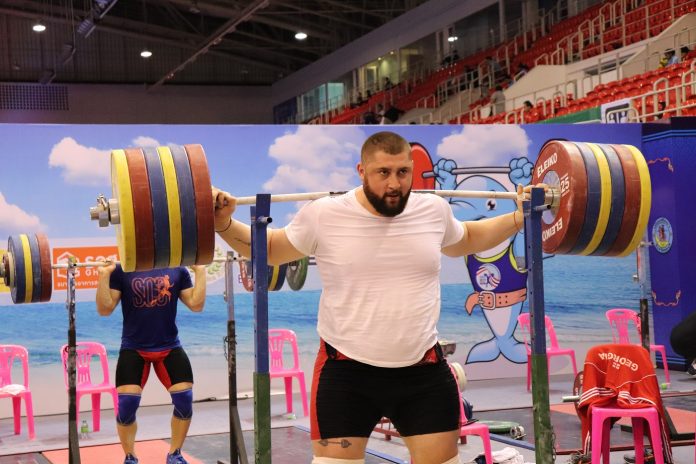 You will be hard-pressed to find a weightlifter who isn’t looking to further develop their squat (back, front) max or technical execution. Unless you have reached the acclaimed Ilya Ilyin 2014 status your best bet is to keep improving the squat and its variations. As simple as this sounds, many people struggle the most with this aspect of their training. This stems, at least partly, from a lack of understanding basic programming concepts, not just the general principles but the less discussed points. These include, but are not limited to:

Of course, there’s a subtlety to these points, but the overarching ideas hold true.

This article will highlight squat variations, relatively unknown or underused versions of the lift, that will improve the efficacy of your or your athlete’s programming, squat execution, and, ideally, squat max.

This is a variation I have seen used somewhat infrequently in the weightlifting world, but when it is, it’s commonly done incorrectly.

Before you begin the lift, set the pins in the squat cage, or blocks if you are using those instead, to depth for your specific squat. For some people the pins would end up around parallel and for others lower, but the point is to try and replicate your bottom position. Once the set-up is ready, the lift is executed like a normal squat:

From the top down, unrack the weight, walk back, and squat down, deccelerating more than normal as you approach the pins. The bar will gently touch the pins/blocks and settle onto them. The weightlifter must keep tightness throughout their body when this is happening. Do not unload the weight onto the pins. The pin squat isn’t a settle-and-release type of movement.

There are many reasons why you would use a pin squat, most notably:

Very general programming guidelines would include: a heavier set, to establish work with weights around the technique threshold and then some back off sets to accumulate volume and further refine the skill of pin squatting.

Although this squat variation is pretty common, there are iterations of the tempo squat which can be used to achieve a few different ends that I would like to highlight. As far as execution, this squat, be it back or front, is performed as normal, altered by the amount of time it takes to perform the eccentric (lowering), isometric (bottom), concentric (raising), or a combination of the three phases of the movement.

The tempo squat comes in many different variations, with plenty of benefits:

Very general programming guidelines would include: slowing down the phase with the greatest inefficiency, adjusting the length of the tempo as the training cycle/cycles go on, using this as a load management tool.

*The numbers used in annotating tempo are to be read as follows.

This is an exercise and tool I was hesitant to use, though I started recognizing its utility more recently. Admittedly, I am no expert when it comes to using bands as a training tool, but I will give my initial thoughts and share a few that I picked up when speaking with more experienced coaches.

There are plenty of ways to vary the banded squat, but I limit its use to a band hooked around a pin near the bottom of the squat rack. Instead of typing out how to elaborately organize this set-up, I’ll include a visual aid (here).

The benefits seem to be wide ranging, but this is why I use the variation:

Very general programming guidelines would include: not going too overboard with the band tension (~20% of total barbell load), keeping the sets heavier than other variations, keeping similar rep back-off sets, using bands on a high stress/overload squat day likely paired with moderate sn/cnj or technical work.

These three squat variations can all be used, at similar or different time points, to help you improve your squat technique and max. The number of reps and sets, along with other variables (tempo, band tension, pin height) can be altered to change the training effect of the squat.

Higher pins overload the top portion of the squat, a longer tempo in the bottom of the squat further diminishes the stretch reflex, and band tension can be added or subtracted to change which portion of the strength curve is highlighted. The key is knowing how and when to use these lifts to get the most out of them. The suggestion is always to start with less and add more, tracking the response along the way.