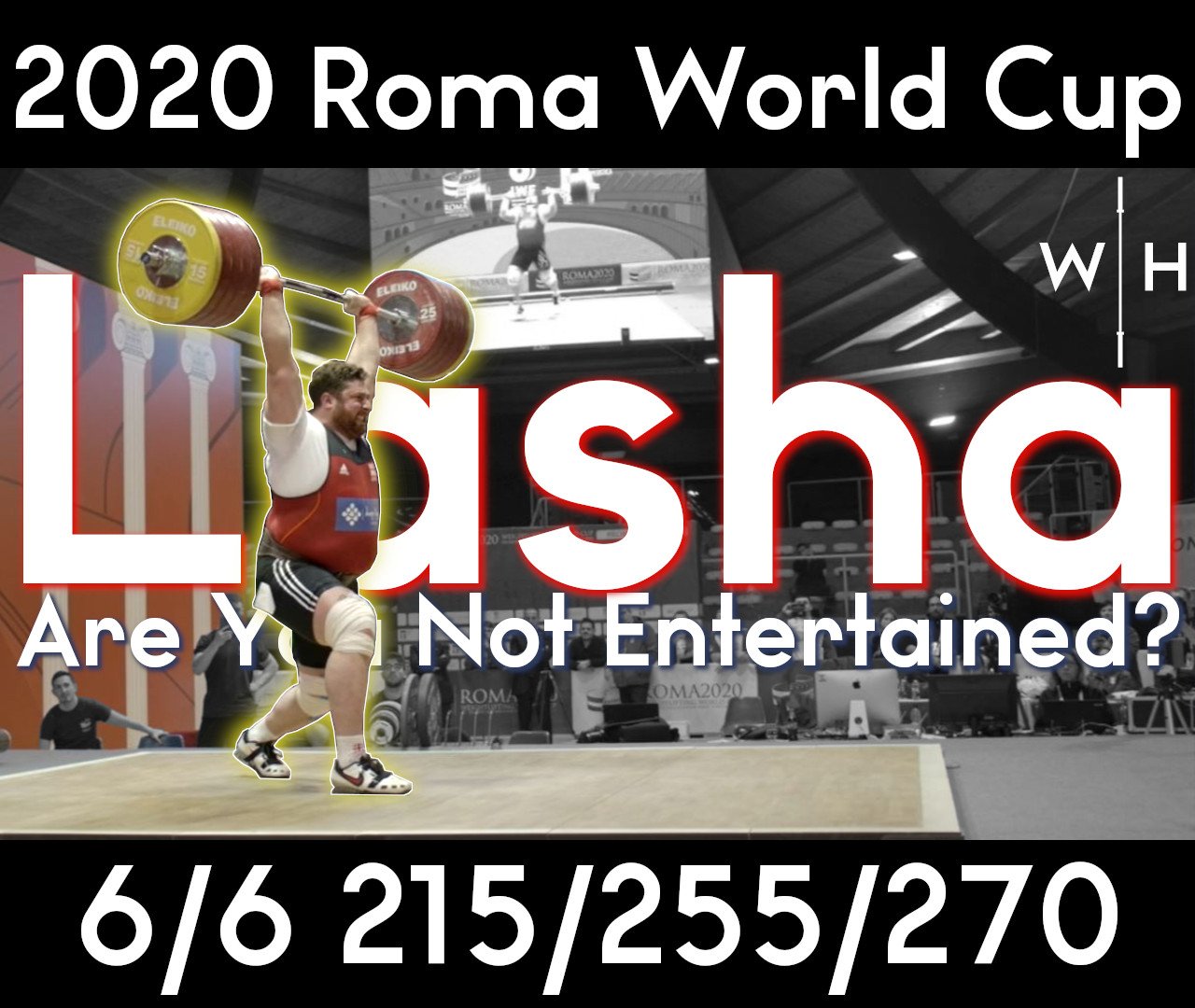 As Lasha Talakhadze (GEO +109) began warming-up at the silver tier Olympic qualifying event, the 2020 Roma Weightlifting World Cup, people began crowding around, finding space behind the competition platform and up in the stands.

The Roma world cup was held on the outskirts of Rome, and Lasha’s session fell on a Friday evening. Word had gotten out that the strongest weightlifter in the world was competing in their home town, and so seemingly the whole town had descended on what had been for the previous week a pretty calm competition.

Enjoy the full warm-up and competition of the strongest weightlifter alive.

Lasha snatched 215kg and clean and jerked 255kg for an enormous 470kg total, a total that would win more Olympic Games than not (not including 2016 where he won).

You can watch Lasha’s entire training session from the day before on the WH Patreon page, complete with many more videos of the sport’s greatest, as well as weekly podcasts and programming.

Seb OstrowiczI am the owner of Weightlifting House. When I'm not working on the site/podcasting/interviewing I spend my time training, coaching, and competing in the sport of Weightlifting.
Posted in:
Competition Lifts, Competition Warmups, News
Tagged:
Roma World Cup
Leave a Reply Cancel reply