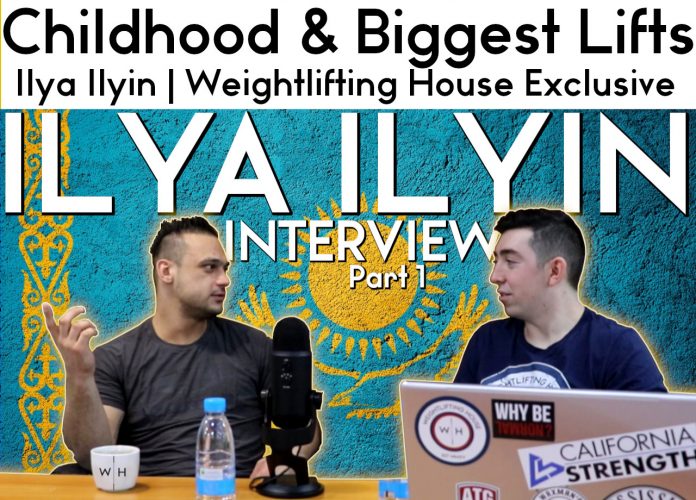 Ilya Ilyin is arguably the most famous weightlifter of all-time. As much as his two Olympic gold medals and his unbeaten track record built his legend, the loss of his medals through retroactive drug testing built his infamy.

Behind the headlines is an incredible story of a Kazakh athlete who was plucked from his family at a young age, a boy through whom the entire country of Kazakhstan channeled its power.

When the IWF began retesting athletes Ilya lost everything, and the country that had given him everything suddenly abandoned him. This is part one of the Ilya Ilyin story.

You can get early access to more of the interview on the WH Patreon Page, and learn more about Ilya’s advice to younger athletes and why he went vegetarian and back!

In this first part of the Ilya Ilyin interview, we spoke about his favourite moments in the sport, his biggest career lifts, and his childhood.

Video Sponsor
From the experts at @rpstrength, try the new RP Diet App for a discounted monthly subscription. Use code “WHxRP” to get started and improve your diet! –https://renaissanceperiodization.com/rp-diet-app

Sergei Putsov has been an athlete since he was seven years old. Initially, he started by playing tennis, but having a father who was...
Read more
Interviews