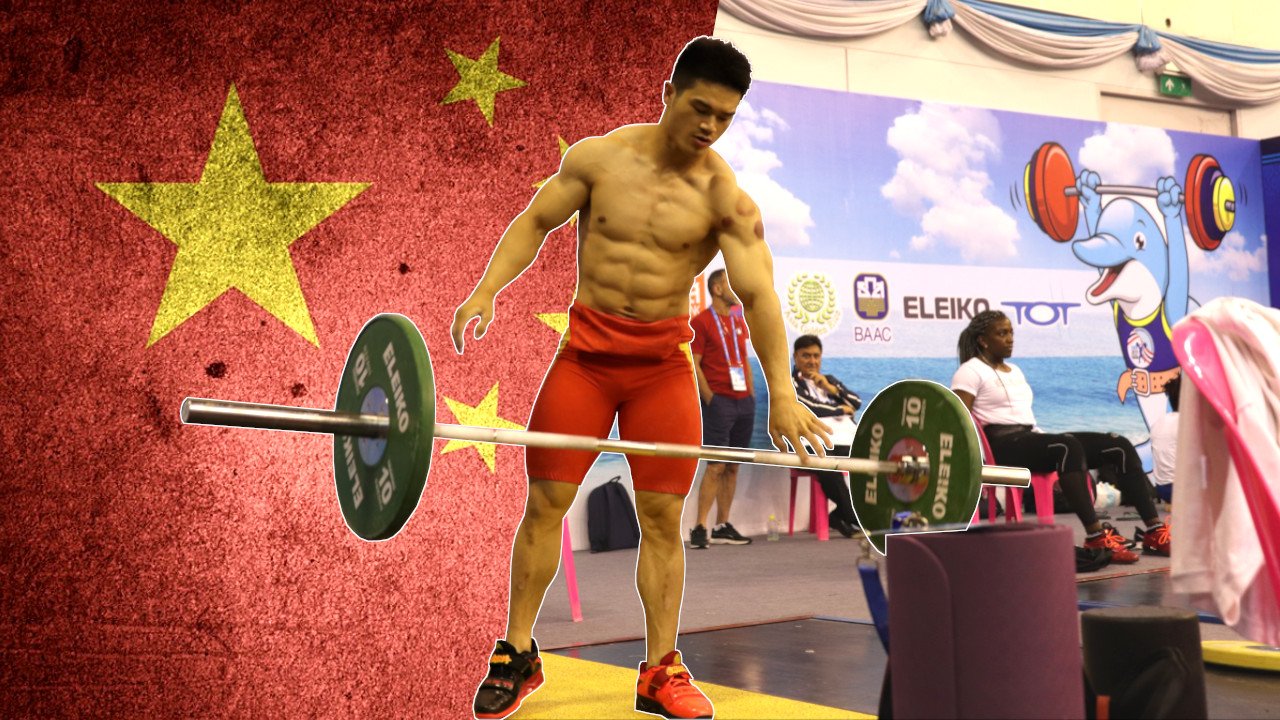 One platform over was teammate Li Dayin (81 CHN) who completed clean and jerks, front squats, and snatches.

By Robi points, these to athletes are ranked in 2nd and 3rd in the world behind Georgia’s Lasha Talakhadze, with 4,985 and 4,528 points between Shi and Li respectively (check-out our complete ranking system here). Despite such strong placements, Li Dayin’s spot on the Olympic team is by no means confirmed.

Watch the video to learn why!

Pick up the Shi Zhiyong ‘Wo Cao’ shirt!

Seb OstrowiczI am the owner of Weightlifting House. When I'm not working on the site/podcasting/interviewing I spend my time training, coaching, and competing in the sport of Weightlifting.
Posted in:
Lifts, Training Lifts
Leave a Reply Cancel reply