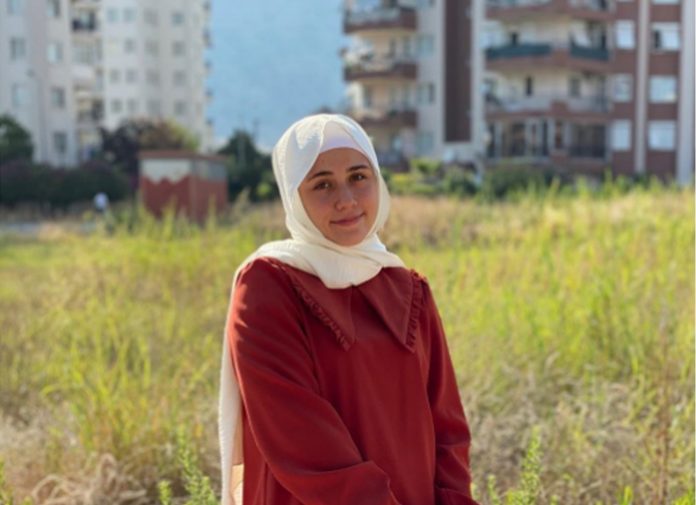 Latvian weightlifter Rebeka Koha has announced that she has converted to Islam and, as a result, has decided to remove all photos and videos from her social media. She has also asked other people not to post images featuring her hair, neck, arms or legs.

Dear friends, followers and just everybody!
I made a big decision in my life! And all I can tell is that I’m happy and thankful about it☺️I’m sure for myself that I did the right thing❤️
The only thing what I’m asking about is RESPECT and if you have nothing good to say you can leave and better remain silent!🙂
Today is a special day for me, because I became a Muslim🧕🏻
At 3:48pm I did the Shahada(which is a declaration of faith aka converting) and entered Islam🙏🏻 from here I believe that the new and beautiful chapter of my life can begin 🙌🏻😍🤩

‼️As I’m a muslim now I would like to ask you to not post and share any pictures of me (if you have ofc) anywhere for a public use where is seen my hair and/or body(arms, neck, legs).‼️

Thanks to those who supports me and stays with me no matter what! Alhamdulillah, wishing you all the best and God bless all of you❤️
#muslim#hijab#hijabigirl#converting#islam

In photos on the post, she is pictured wearing two different forms of hijab – traditional Islamic dress for women including a close-fitting headscarf. These forms of hijab are common in Qatar and are usually considered the least severe forms of Islamic dress (compared to those which include face coverings such as the burqa or niqab).

“What we have and what is done we can’t change that. I can’t ask all the people to delete everything, throw everything out. Just be respectful and don’t post anything from this moment. That’s it”

In another comment, she responded to a question about her reasons for converting:

“first of because of my future husband when we started dating I got to know more about Islam. Thank to him I found so many good things and this is one of them. I feel peace and happiness in this. So I found it right to do it”

In early May, Koha announced her engagement to Qatari discus thrower Moaz Mohamed Ibrahim. Twenty-one-year-old Ibrahim won a gold medal at the 2016 World U20 Athletics Championships but has not yet won a medal at a senior international competition.

Koha last competed at the Latvian Championships in early March, where she set new Latvian records with a 104kg snatch and a 227kg total. She has already done enough to qualify comfortably for the Tokyo 2020 Olympics (assuming it goes ahead in 2021), sitting fourth in the W59 rankings and having completed all of the required competitions.

The statement from Koha did not state whether her religious conversion or planned marriage will affect her weightlifting career. Latvian news is reporting that she currently has some knee issues but is training for upcoming competitions. Her coach, Eduards Andruškevičs, is quoted as saying:

“I think that everything is based on love. We talked to Rebeka before … She said that this would not interfere with her career in any way, but now there is another problem – health misfortunes. The doctor did not find anything in the initial tests, but Rebeka has problems with her knees. She is currently having difficulty withstanding a heavy load. “

He went on to say:

“I am worried about whether Rebeka will be able to withstand the whole program. She started well in the Latvian championship, but now there are health problems and I know that Rebeka will not want to fight for the tenth position”

Her next competition would be the Latvian individual lift championships in August. According to her coach, she will lift there in an outfit that is compatible with her faith.

The IWF has allowed full-body unitards and headscarves to be worn in competition since 2011, which has enabled several Muslim women to compete internationally. Last year, we reported on Iran sending a team of women to the Asian Championships for the first time.

According to reports in Latvia, Koha still plans to represent the country at the forthcoming European Championships in Moscow. The Latvian Olympic Committee has expressed its support for her, saying that they hope her conversion will positively affect her preparation for the Tokyo 2020 Olympic Games.

“The LOK respects the free choice of anyone that affects their privacy. The same goes for Rebeka Koha. We hope that this decision will have a positive impact on her sporting path to the most important competition of the four years – the Tokyo Olympics”

This is our hub page for the 2020 Asian Weightlifting Championships (postponed to April 2021). All of our information about the event will be posted...
Read more
News

All of the information we have about the 2021 European Weightlifting Championships (postponed from 2020) will be featured here. This competition is most likely...
Read more
News

Olympic Qualification Extended to End of May

The IOC have agreed that the IWF can extend the qualification period for the Tokyo Olympic Games from the end of April 2021 to...
Read more
News

Nijat Rahimov (Kazakhstan) and Dumitru Captari, (Romania) have both been provisionally suspended pending the outcome of anti-doping cases against them. Both athletes stand accused of...
Read more