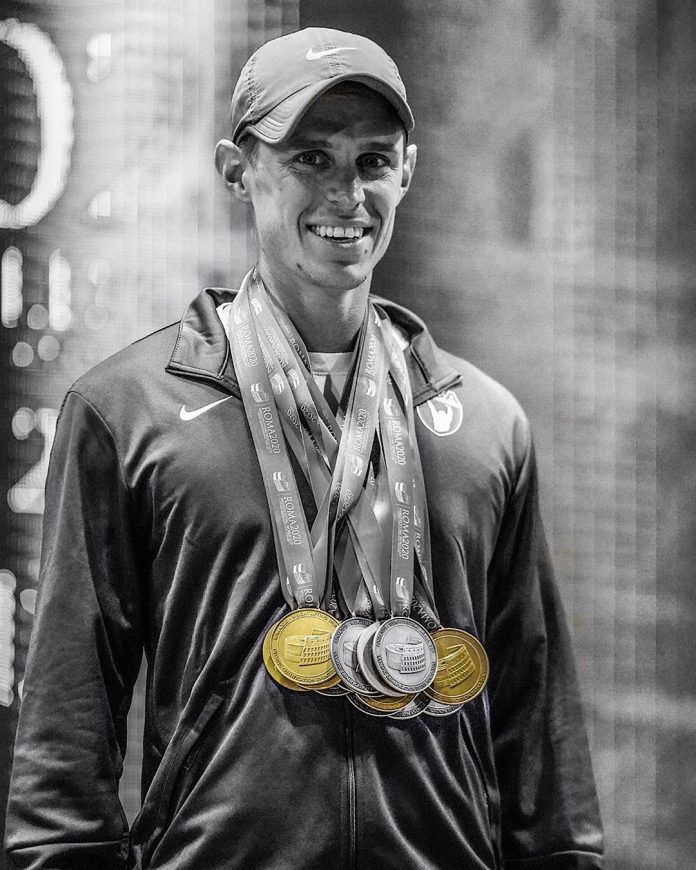 Spencer Arnold of Power and Grace Performance is on the rise in the weightlifting world. From someone who started as an undersized athlete and eventually became an American Open champion in the 69kg class (2012), multiple time medalist at USAW Nationals, and coach to some of the best weightlifters in the world (e.g. Harrison Maurus, Jourdan Delacruz, Morghan King) he really has earned his spot as one of the best in the US.

Along with his personal success, he continues to impact the sport by developing coaches capable of offering the same quality of service to local and remote athletes.

Weightlifting House has recorded four podcasts with Spencer Arnold and so it only makes sense to write a multi-part series about what we learned from him on the show. As for myself, he was the guy who really introduced data collection to my coaching arsenal and continues to motivate me to improve my system of programming.

This all dates back to an original article which was the impetus for the podcast, but has become much more than that. If you aren’t familiar with data collection, I highly recommend you listen to every podcast we’ve recorded with Spencer, as it would be a great jumping-off point.

This article isn’t entirely related to just weightlifting performance but touches on a few of Spencer’s more impactful points about being a better coach, athlete, and person. Sometimes that means living in the suck and not seeing progress for months or even years, but knowing that it develops the ability to persevere. Without unveiling what we discuss down below, let’s get into the article.

1 – Check Your Programming Bias at the Door

The question I posed for Spencer was simple, “Is there something… you did when you first started coaching that you cringe at the thought of and would advise people against?” This led to an honest answer, one we can all relate to:

“I just sort of went off my gut as a young coach and I think I broke more lifters than I ever made effective at the sport. With no guardrails, with no mitigations on my program, I am a volume junky. I’m just going to lay it on you and pray to God you survive.”

This is the problem with programming by feel, letting you biases take over without a process to crunch the numbers or double-check the dose and intensity of the training. What may look right to a coach is potentially more over- or underwhelming to the athlete and there isn’t a way to objectify the measurement.

“It’s like shooting as many bullets out of a gun as you can and hoping one of them lands.”

It wasn’t until Spencer questioned his method of coaching and went to other sources of information for help (e.g. books, mentors) that he realized there was something missing.

“When I did finally take some of my training plans and run the numbers… these people wouldn’t survive even if they had performance-enhancing substances.”

2 – Create a System for Your Programming – Start Somewhere

If you are attempting to evolve your programming system it can start from a simple place. First, crunch the number on old, successful programs and see what sticks out. How much volume were you doing and what was the average intensity. Then, look for other great resources, coaches who have already created a system and can share their information with you.

This can act as another jumping-off point, giving you a place to work from and further refine. It is as simple as tracking reps, tonnage, and average intensity. Start with the barebones and only build as your confidence and ability to analyze and use the information evolves.

For coaches who feel like they are beyond the introductory aspect of tracking data and creating a programming system, don’t rest on your laurels. There is always a way to refine and improve the process. When you find success, don’t stop working, pick up the pace and work harder.

3 – Good is the Enemy of Great

Once the programming system is in place, it can provide results that seem to be more reliable. When you strike a combination of training variables that yield good results it is tempting to stay on that stride.

“What if you’re successful? What if you write this twenty-eight-week cycle and your lifter goes out there and PRs by eighteen kilos and makes an international team… and everything’s great? A smart man says, ‘alright, let’s rinse and repeat…’ That temptation is so easy for me.”

Even though a program worked, and maybe worked really well, there are still things that can be modified. The athlete will change ever so slightly after every training cycle, either in technique, physiologically (e.g. improved force production, increased muscle size), or in other ways (e.g. non-training stressors/lifestyle).

This means that the next time the athlete starts a new block they are a slightly different athlete with slightly different needs. Of course the change is small, but should be accounted for in the programming. The risks can be minimized by knowing what works, tracking the adjustments, and using the feedback to inform future decisions.

“It may have been a really good cycle, but there are things in it that worked… and remembering what things could be a little bit better, not being so consumed by success that we are unwilling to change and make things that were really good, really great.”

Coaching is very much the art and science of problem-solving. How do we take a complex system (e.g. human) and dose training in a way to improve physiological and technical parameters? This requires a lot of trial and error, repeated attempts to figure what should work, what would work, and what actually does work.

In contrast to the above point about opting for great instead of good, it takes time to find the good. It is a process contingent on an athlete’s intent and a coach’s skill set. Stick with it. Results may not come today, tomorrow, next week, or even next month, but eventually, with a good coach and a good athlete, there will be progress. Once you find that good, then you can work to make it great.

5 – Continue to do the Things that aren’t Easy

“Continue to do the things that aren’t so easy knowing that sticking with those… mundane, ordinary things day in and day out reap greater rewards later.”

Beyond the sets and reps talk, Spencer really emphasized why doing the things that aren’t easy will not only lead to better athletes, but better people. Showing up and not seeing the progress you want is part of what develops perseverance and stick-with-it-ness. Those tangible traits carry over to other aspects of your life, maybe, like Spencer, affecting your abilities as a coach, parent, and leader later on.

“Early on I think I was blessed to not be successful… I just was not immediately successful and it took years and years of work to taste success, even a little bit.”

This was one of the older podcasts I was lucky enough to record with Spencer and you can be sure that there will be other parts to this series. Spencer is a wealth of knowledge and provides a lot of good information as to how we can become better coaches, athletes, and people. It takes a lot of work as a team and the results may not show immediately, but if you stick with it and continue to improve your skills great things will happen.

Start with knowing what you can know and making adjustments there. Avoid going by entirely by feel and use tangible information to influence your decisions. Embrace the process of learning about the athlete and figuring out what combination of training variables will lead to success. There will be times when progress seems stalled and unattainable, but keep showing up. The act of working towards improvement is meaningful in and of itself and will make you a better person.

Calling all Weightlifters! We are sending out a call to all competitive Weightlifters to participate in a survey that investigates the tapering practices of Weightlifters....
Read more
Articles

How to Qualify for the Olympics | Weightlifting

How do you qualify for the Olympics in Weightlifting? Over the years the Olympic qualification process has changed, from simply turning up, to scoring places...
Read more