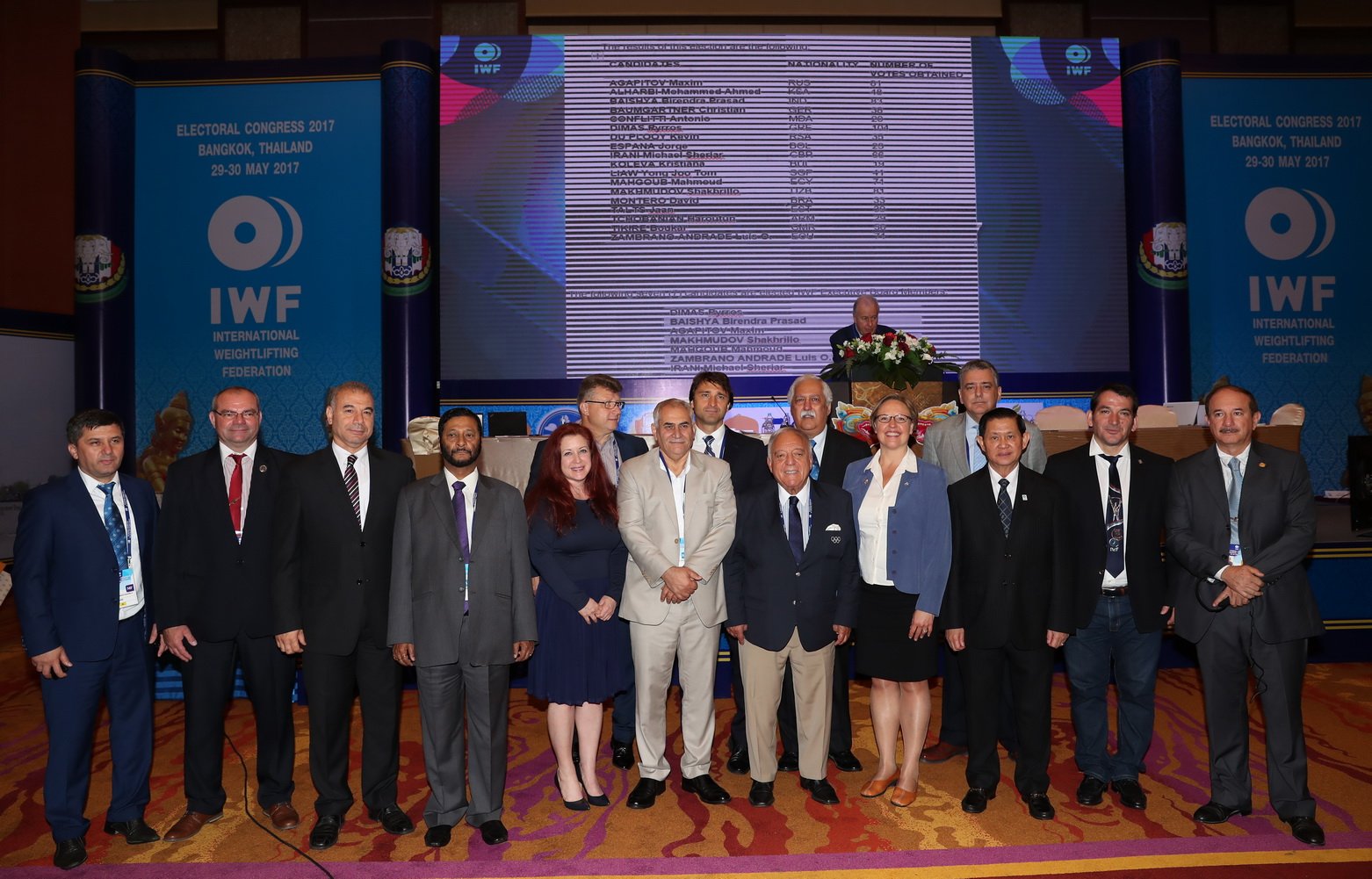 The International Weightlifting Federation Executive Board has controversially voted to remove Ursula Papandrea as Acting President and replace her with Thailand’s Intarat Yodbangtoey.

The decision comes amidst a battle over the future direction of the IWF following alleged corruption that led to the resignation of long-time President Tamás Aján.

Papandrea was apparently removed from her position during an emergency Executive Board meeting called by Nicu Vlad (Romania) and held remotely. As well as replacing the Acting President, the board also removed USA Weightlifting CEO Phil Andrews from his position as acting IWF interim Deputy Director General. Papandrea was not involved in the meeting – it is unclear how many Executive Board members were present.

Why Has This Happened?

The last few days have seen bitter disagreements at the top of the IWF, some of which have spilt out into public. There have been claims that proposals to scrap the Olympic Qualifying process and replace it with simple rankings are aimed at benefiting particular countries. In particular, countries currently restricted in their Olympic participation or suspended entirely due to doping violations have been accused of attempting to avoid the punishments they have been given.

Who Are The Executive Board?

Plus the presidents of the continental federations:

Ursula Panandrea first became acting IWF President when Tamás Aján voluntarily stepped aside in January 2020 as allegations of corruption made by a German documentary were investigated. She continued in the role after his resignation in April.

Papandrea has widely been seen as a force for change in the IWF, pushing for wide reforms to governance, anti-doping and athlete involvement. Her removal could be a sign that members resistant to such changes have decide to assert their influence.

The replacement selected by the Executive Board is sure to raise some eyebrows. Yodbangtoey is specifically mentioned in the McLaren report into IWF corruption:

The vote broker distributing the $5,000 USD cash bribe from a bag in his possession in 2017 was said to be Major General Intarat Yodbangtoey, the 1st Vice President of the IWF.

He was also honorary President of the Thailand Weightlifting Federation during a period that featured several doping scandals and ended with the entire federation board resigning.

Thailand is one of the countries currently seeking to overturn a punishment for anti-doping violations.

USA Weightlifting has released a strongly-worded statement. It begins by saying “Today is a dark day for Weightlifting” and goes on to condemn the actions of the Executive Board:

These transparently corrupt actions serve only one purpose: rewarding and empowering nations who can only win by cheating.

It finishes with a call for action:

We call on other like-minded nations to vocalize their desires for complete reform at the IWF. We need to protect first and foremost the clean Athletes.

British Weight Lifting Chief Executive Ashley Metcalfe provided us with a statement in which he called for the IWF Executive Board to stand down to enable a new board to be elected:

The Executive Board are clearly failing the sport, its Member Federations and most importantly its athletes and has done so for many years. We would urge them to step down with immediate effect and start a new electoral process with independent oversight and allowing for ethically eligible candidates and a more appropriate constitution that will provide the IWF with an opportunity to re-build its reputation.

Sarah Davies, the Chair of the new IWF Athletes Commission has released a video statement in which she says:

The IWF is corrupt and needs change

She also claims that there was resistance in the Executive Board to the creation of the Athletes Commission and specifically to her appointment as Chair. She mentions that when she had the opportunity to observe an Executive Board meeting, Ursula Panandrea was treated in a disrespectful manner by other members.

The IOC released a statement in which it says it is “very worried to learn about the reported decision made by the Board of the International Weightlifting Federation (IWF) to replace the Acting President, Ms Ursula Garza Papandrea, the way the decision was taken and the chosen replacement.”

The IOC statement also made it clear that the IOC thinks it is important to maintain the link between Olympic quota places and anti-doping history of countries, as well as continuing to reform the general anti-doping system in weightlifting.

There have been some questions raised about whether the meeting which was used to oust Ursula Papandrea was a valid board meeting, so we may see some developments over the coming few days.

The most concerning potential result of the upheaval at the IWF is an increased threat to the Olympic status of weightlifting. The International Olympic Committee was already voicing doubts about whether weightlifting could maintain it’s presence at the Olympic Games. Just a few days ago, IOC Thomas Bach had stern words for the sport:

With regard to governance, we have strong concerns

Another point of concern with regards to governance was the representation of athletes within the Federation, which definitely needs to be strengthened.

We will communicate these concerns to the IWF and we will advise them at the same time that we are currently reviewing the event programme and the quota places for the Paris 2024 Olympic Games.

We will also advise them that we reserve the right, if need be, to take further measures, which are including but not limited to a review of the place of weightlifting on the programme of Paris 2024.

The latest changes at the top of the IWF seem highly unlikely to increase the IOC’s confidence in the sport.

The IOC Executive Board will meet in December to decide quotas for Paris 2024. If the political fight at the IWF hurts weightlifting’s chance of inclusion, that might be when we find out.

A new IWF Executive Board is due to be elected in March 2021 so at that point, we should see where the new balance of power in weightlifting really lies.

Dan KentDan is the Editor of the Weightlifting House website. He is also a coach with Warwickshire Weightlifting Club and a referee.
Posted in:
News
Tagged:
IWF corruption
Leave a Reply Cancel reply