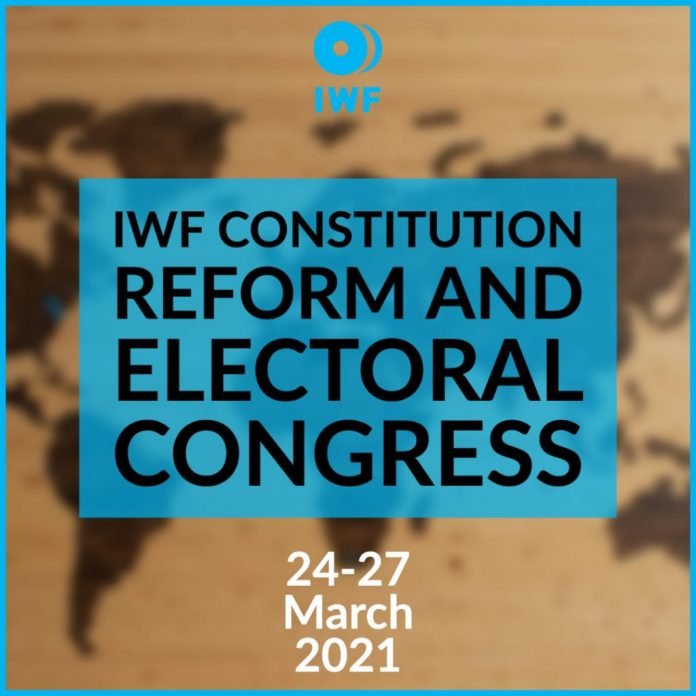 The IWF has announced that it will hold the electoral congress originally planned for March 2021 in… March 2021.

This decision is unlikely to placate the national federations that have called for immediate elections to take place to resolve the chaos at the top of the IWF.

If the executive board plan takes place, the congress will happen from 23rd to 28th March in Lausanne, Switzerland or Istanbul, Turkey. Other plans are also being considered if these venues are not viable in March.

What Is the Electoral Congress?

The Congress is the highest decision making body in the IWF. Its decisions are final and binding on even the President and Executive Board. The Congress is composed of up two delegates from each national weightlifting federation, but each nation gets one vote.

The Congress meets at least once every year to oversee the activities of the Executive Board and to vote on things like rule changes.

Every four years (usually the year after the Olympic Games), the Congress elects a new President and Executive Board, who will then actually run the IWF for their term. This meeting of the Congress is called the Electoral Congress.

Usually Congresses are held to coincide with senior or junior World Championships each year but there is a rule in the constitution that enabled an Extraordinary Congress to be called if one fifth of member federations request one in writing. This is the rule that USA Weightlifting, British Weight Lifting and other member federations are hoping to trigger to force early elections. If the required numbers are reached, the congress must be held “as soon as reasonably possible, but no later than ninety (90) days after receiving the request.”

Previous Electoral Congresses were the focus of part of the McLaren report into alleged IWF corruption. There were reports that votes were bought in order to ensure that Tamás Aján and his allies maintained control of the IWF.

Resignations from IWF Executive Board

Two members of the IWF Executive Board have resigned amid ongoing chaos at the top of the sport. Antonio...
Read more
News

Another Change of President at the IWF

The International Weightlifting Federation has yet another interim President as Intarat Yodbangtoey has resigned. Yodbangtoey took the role just two days ago...
Read more
News

The Chair of the IWF Athletes Commission, Sarah Davies, has launched a petition with the aim of pushing for reform of the...
Read more
News

Chaos at IWF as Acting President is Ousted

The International Weightlifting Federation Executive Board has controversially voted to remove Ursula Papandrea as Acting President and replace her with Thailand's Intarat...
Read more
Competition Lifts

This week, Georgia's Lasha Talakhadze (+109) hit the heaviest snatch ever recorded on film at 222kg / 489/lbs during a national test...
Read more
Articles

Here is this week's update on the sport of Weightlifting - 03/09/20 https://youtu.be/iDzmIhg1uW8
Read more