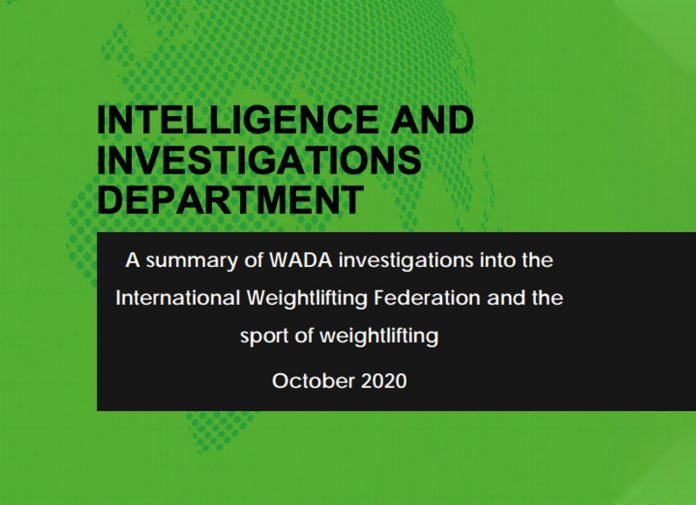 A report by the World Anti-Doping Agency Intelligence and Investigations department has revealed new allegations of methods used to avoid positive tests in weightlifting.

The Intelligence and Investigations department tackles “the most entrenched instances of systemic doping and sport corruption” so the fact they are involves show the extent of the problems that weightlifting has.

The report details four separate operations that the department is conducting in relation to weightlifting:

The first operation, Outreach, has apparently found evidence that large amounts of money were funneled through the IWF antidoping fine system.

More specifically, between 2012 and 2016, a highranking member of the IWF purportedly received about $5,000,000 USD from Russian entities to cover
up allegations of doping by Russian weightlifters. These monies were concealed within the IWF under the banner of “fines” (Administrative Fines) imposed under the IWF Anti-Doping Policy.7 These serious allegations are now subject to further
investigations.

The report goes on to mention that a discrepancy of $3 million was found between internal and external records of anti-doping fines applied by the IWF.

Romania appears to have been a focus on much of the WADA investigation. Among allegations of organised interference with anti-doping. It is mentioned that one Romanian athlete has already been charged with urine substitution (although they are not named as the suspension is being appealed).

Apparently, some of the Operation Heir findings have been passed to law enforcement and remain under investigation.

Operation Extra uncovered an eye-opening list of alleged practices around the world:

This part of the report includes some quotes from athletes interviewed by investigators. For example:

“I saw steroid use from a young age. Today those same past users talk about a clean age in weightlifting. I didn’t want to start training at a young age because I knew that some day, I will face a dilemma: to continue lifting and losing at competitions or to use steroids and win.”

The operation that seems likely to lead to the most immediate consequences is Operation Arrow, which looked into the practice of urine substitution to evade drugs testing. DNA analysis was used to show that some urine samples were not given by the athlete who was supposed to be tested.

130 weightlifters were identified as suspected of using urine substitution but many could not be investigated fully because samples had been destroyed. Urine samples that test negative only have to be held for three months, although they can be stored for up to ten years.

Samples of thirty-nine of the suspected athletes were able to be tested and ten of them were confirmed to have been substituted. In further eight cases, it was deemed ‘highly likely’ that substitution had taken place.

These eighteen cases have been passed to the Independent Testing Authority for results management, meaning that these weightlifters will all have to answer anti-doping cases against them.

The International Olympic Committee has announced that weightlifting will feature just five men's and five women's weight categories for the 2024 Olympic Games in...
Read more
News

The recently-ousted interim President of the International Weightlifting Federation has spoken to us at length about her time in the organisation, the challenges she...
Read more